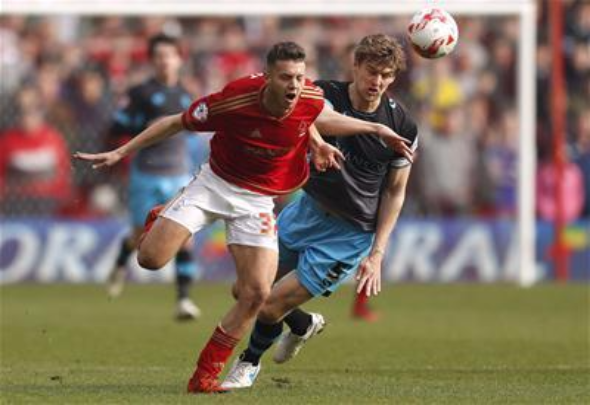 News outlet HITC Sport have claimed on their website that the 22-year-old, who made the switch to Meadow Lane in January 2017 is going to move back to the League Two club on a temporary basis.

It is said that Notts County, who are now led by Kevin Nolan were keen to bring Grant in permanently, but Forest are reluctant to lose him.

Only last month the club handed him a new three-year deal at the City Ground and now he will go back out on loan in an attempt to gain more first team football.

The HITC Sport report also follows a statement made by Mark Warburton, as quoted by the Nottingham Post, where he confirmed Grant would be moving out on loan alongside strongly hinting that Notts County would be his next destination.

Now, the midfielder, who has made 20 appearances for Forest’s first team will be looking to help Notts County progress from last season’s 16th placed finish in England’s fourth tier.

Grant is a weird one. At 22 you would imagine Nottingham Forest would expect him to be challenging for the first team. However, with these continuous loan moves it would also seem that the club don’t see a future for him. But, then you consider that Forest extended his deal to 2020 just last month and it is unclear whether Grant has a future at the City Ground, or not. He will of course be keen to impress once more at Notts County and he is expected to gain more first team experience in League Two than he would with Forest. Therefore, this deal suits all parties and he is certainly a player Nottingham Forest fans will be keeping a close eye on.

In other Nottingham Forest transfer news, Mark Warburton is eyeing up another raid on former club Rangers.