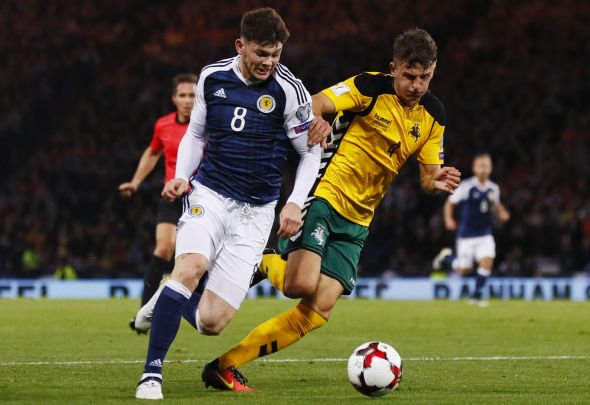 Despite being born in Slough and of England allegiance, 19-year-old Cash has stated on Twitter that he is off to Wembley to support his former team-mate.

The two country rivals are set to face each other at Wembley at 7.45pm in their World Cup Qualifying Group F.

Burke is looking to make his fifth senior international appearance and Cash has delivered a message to the former young Forest star on his personal Twitter account.

Burke, 19, broke into the Forest senior team in the last campaign, where he played 21 times, scoring two goals and providing one assist.

He caught the eye of many of Europe’s biggest clubs in the summer after impressive form with the Midlands club, which saw him bag four goals and provide two assists in seven appearances in all competitions.

This saw him earn a move to Bundesliga side RB Leipzig in the summer in a £13million deal where he has since scored one goal and provided two in eight fixtures.

Still close to his former Forest and youth team-mate, Cash is hoping for Burke to now light up the international stage.

In other Nottingham Forest news, Collymore shared his thoughts on the oncoming takeover.