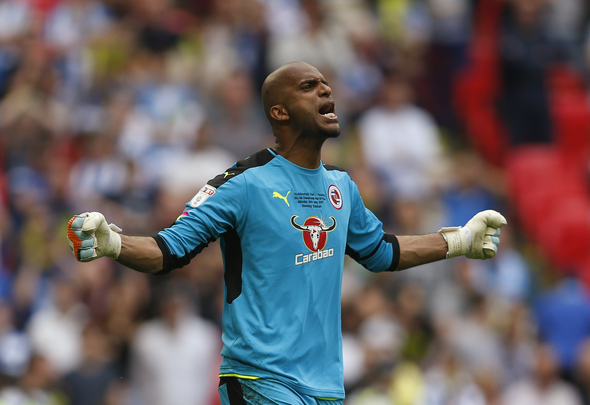 Nottingham Forest are in the hunt for Al-Hilal goalkeeper Ali Al-Habsi, according to a report.
The Daily Mail claimed in their live transfer blog on Friday [02:52pm] that Forest and Sunderland are both plotting January loan swoops for Al-Habsi, 36, as they look to bolster their goalkeeping options ahead of the second half of the Championship season.
It is understood that the former Wigan and Bolton goalkeeper, who has 103 international caps for Oman, is earning a whopping £90,000-a-week at Saudi Arabian side Al-Hilal.
Omani international ace Al-Habsi has been used as a No 2 choice between the sticks for the Saudi top-flight leaders and has made just six appearances in the Professional League this season.
And because of his lowly position in the squad of last year’s Asian Champions League runners-up, it is said that he may be able to leave on loan for a fraction of his current wages.
Football Insider verdict
It’s quite staggering how much Al-Habsi is earning at Al-Hilal for someone who is seen as a second choice goalkeeper. Forest do need a goalkeeper and Al-Habsi proved last term he was one of the best in the Championship for Reading when he was named in the team of the season. Jordan Smith has done a decent job for the Reds but it appears to be a common theme that a new goalkeeper is still wanted at the City Ground. First and foremost though, Forest must appoint a new manager and director of football after Mark Warburton and Frank MacParland left the club. Otherwise they could be signing players that their next manager doesn’t want.
In other Nottingham Forest news, the odds have been slashed on this 40-year-old to be hired by the Reds as Aitor Karanka’s price drifts.
We’ve launched a << BREAKING NEWS FEED>> exclusively for your club. ‘Like Us’ on Facebook by clicking here if you want 24/7 updates on all Nottingham Forest breaking news.