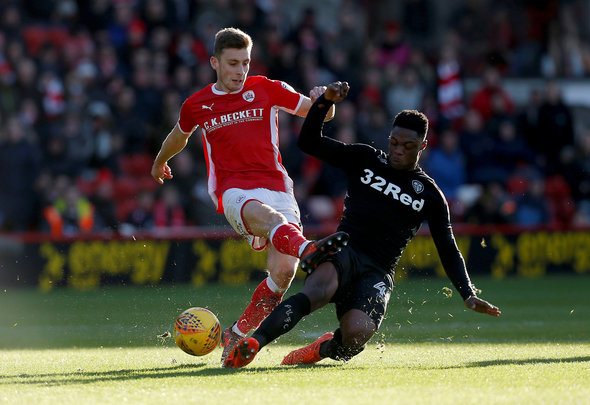 Not for the first time this season, Leeds United are all over the place, although unlike much of the season, this time it is not on the football pitch.

The Whites have endured what some might call a season of transition following Andrea Radrizzani’s arrival last summer, and early season hopes of a play off spot have been well and truly dashed.

Unfortunately for Paul Heckingbottom and his side, it is not going to get any easier, with top scorer Kemar Roofe, who has netted 12 goals across all competitions, now confirmed to be a long term absentee through injury, in what appears to be a mess in the Elland Road treatment room.

As confirmed by the manager himself, the Whites have handed two contradictory reports from medical examinations over the 25-year-old’s status after picking up a foot injury earlier this season, but that his situation looks bleak either way.

If there was a time for summer signing Caleb Ekuban to step up to the plate, it is now.

The summer signing has endured a more torrid season than most, two serious injury blows, breaking a bone in his foot in just his first league outing before suffering a recurrence of the fracture later in the campaign, meaning he has been limited to just seven starts.

With just one goal under his belt in the last 10 months, coming on his debut in the League Cup, desperation will be starting to kick in as he looks to break his duck, and with Roofe now out indefinitely, the pressure has kicked up a notch.

This is his time to sink or swim, and for the sake of Leeds’ season, as well as his future at Elland Road, he had best make sure it is the latter.

In other Leeds United news, Andrea Radrizzani has proven he is the man for future success by blasting this former Leeds man.