Jack Grealish could stay at Aston Villa this summer if a potential transfer doesn’t sit right with him.

Football Insider understands Villa are braced for a huge bid from Man City at the end of the season.

It is understood City will make a move for Grealish if they beat Chelsea in the Champions League final.

Grealish has enjoyed an impressive season, racking up seven goals and 12 assists in 24 appearances across all competitions.

If he is fit, he will be in with a strong chance of making Gareth Southgate’s England squad for the Euros.

When asked who could sign Grealish this summer, Phillips told Football Insider correspondent Dylan Childs, “Phwoar, that’s a tough one.

“You think who’s got the money to do it? Of course Man City have, Man United have. Then you just wonder where he’ll play.

“You can put Jack Grealish in any top six side and you will find a place for him. He’s that good.

“There are a few issues with injuries at the moment. I expect him to move on this summer if he gets the right opportunity.

“If it doesn’t sit right with him he’ll stay because he loves the club. If a big offer comes Villa’s way they may struggle to refuse it.

“He’d definitely be able to play in that Man City team, no problem. Whoever signs him, it’s going to be crazy money.” 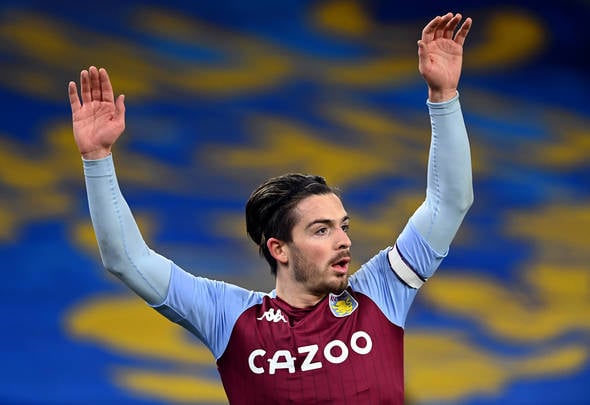 Grealish made his return from injury in Thursday’s 0-0 draw with Everton.

Villa are still hunting a top ten finish in the Premier League after narrowly avoiding the drop last season.

In other news, a senior star has rejected an Aston Villa contract offer and will join a Premier League rival.