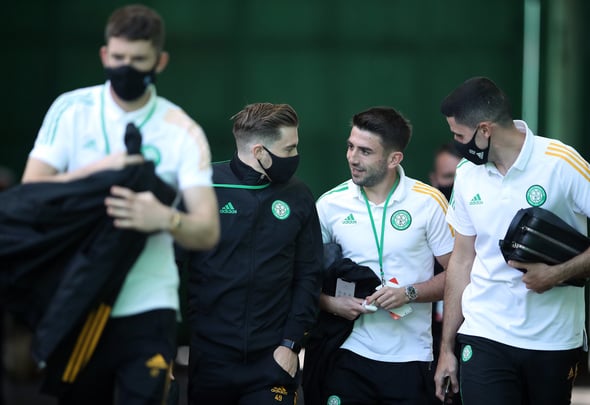 Frank McAvennie claims Greg Taylor “has got to fight” for his place in the Celtic side following the signing of Diego Laxalt on deadline-day.

The former Hoops and St Mirren striker, speaking exclusively to Football Insider correspondent Dylan Childs, is adamant that Taylor, 22, will “relish” the competition at Parkhead this season.

Celtic confirmed the capture of the AC Milan’s Laxalt, 27, on a season-long loan deal on Monday after this site revealed that the two clubs had reached an agreement.

Taylor was the only recognised left-back at the club following the departure of Boli Bolingoli to Istanbul Basaksehir last month.

When asked by Football Insider what the new signing meant for Taylor this season, McAvennie said:

“Listen, Greg (Taylor) has not had anyone to challenge him for his place since he has been there and now he has got a fight. Taylor will relish it and he will be watching Laxalt.

“One thing we do know about Laxalt is that he will be able to defend. They teach you how to defend in Italy.

“This boy has some engine so I will be expecting him to burst forward, because that is the modern game, but I am sure he will also be a great defender.”

Taylor has made 12 appearances for the Hoops this season, contributing one goal and four assists in all competitions.

He has three years remaining on his contract in Glasgow, having penned a four-year deal upon his arrival from Kilmarnock in September 2019.