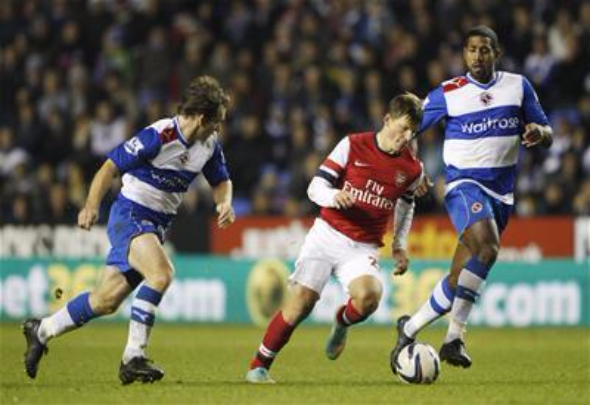 One-time Arsenal record signing Andrey Arshavin has scored a spectacular goal, finishing with a cheeky lob, at the age of 35.

The former Russia international is currently plying his trade in the Kazakhstan Premier League after he left the Gunners three years ago.

The 35-year-old worked the ball into the box with an excellent bit of skill and, with defenders in front of him, the former Zenit star managed to catch the goalkeeper off his line.

🔥 RT @ScoutingForFifa: Didnt know Andrey Arshavin was still playing. Turns out he is, scored a pretty nice goal too pic.twitter.com/0nihz8XuN7

Arshavin joined Arsenal in the 2009 winter window for a then club-record £15million.

He quickly became a fan favourite at the north London club, scoring six goals in 15 appearances in all competitions during his first few months at the club, including all four goals in the Gunners’ exciting 4-4 draw with Liverpool.

However, things didn’t end as they started for the winger. Arsenal fans questioned Arshavin’s desire and he felt the fans’ anger when he was booed coming on for Alex Oxlade-Chamberlain in 2011 against Manchester United.

The winger eventually rejoined Zenit on-loan before signing for the club permanently again.

The 75-time capped Russia international starred for his country at Euro 2008 and 2012, and he also had a spell where he was captain of his national side. However, former England boss Fabio Capello omitted him from Russia’s 2014 World Cup squad and he hasn’t returned to the side since.

In other Arsenal news, Roma boss Luciano Spalletti has declared that star defender Kostas Manolas will not be leaving the Stadio Olimpico.