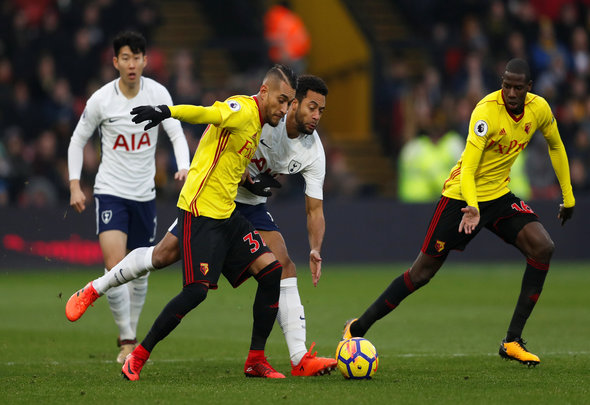 Former Everton star Leon Osman has said that Tottenham could have easily tasted defeat in their clash against Watford on Saturday.

Spurs found themselves coming from behind to snatch a point against the Hornets thanks to Heung-min Son’s strike, which means that Mauricio Pochettino’s men have now conceded first in their last five matches across all competitions.

The result also means that the Lilywhites have picked up just one win in their last five league games, with the point gained against Marco Silva’s side following defeats to Manchester United, Arsenal and Leicester City and a draw against West Brom.

Analysing the game, Osman believes that Tottenham’s poor run is being highlighted as a result of their inability to pick up as many points at their temporary home of Wembley as they did at White Hart Lane, although he was less than impressed from what he saw against Watford.

Grading their performance as a D, with the Hornets handed a C, Osman wrote on Sky Sports’ website: “Spurs are just having a tough part of the season now.

“Most teams will come through a tough period at some point of the season and Spurs’ has been highlighted because they are not picking up as many home points as they did last season.

“So every time they lose points away from home now, that gets highlighted.

“This was another average performance, another mistake in not tracking a runner for the goal, and they could have lost that game.”

Tottenham’s form has seen them slip from sitting level on points with second placed Manchester United to sitting in sixth, 10 points off the Red Devils and now three points behind north London rivals Arsenal.

In other Tottenham news, the club are in the hunt to snap up a 20-year-old international playmaker.