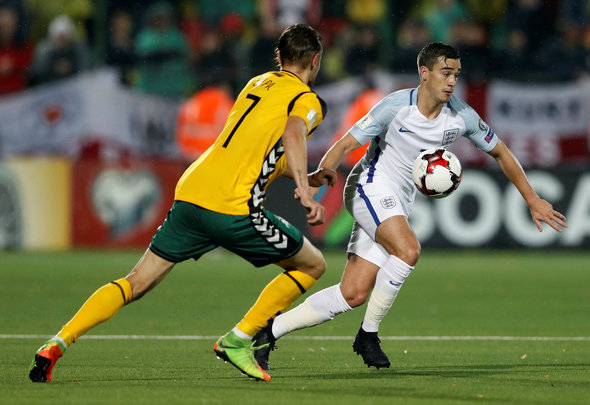 The 21-year-old has been somewhat of a revelation in the centre of the park for Spurs, having been called into the first team squad in the midst of an injury crisis for Mauricio Pochettino.

With regular midfielders Victor Wanyama and Mousa Dembele both ruled out, the gauntlet fell to the youngster to star in the middle and he has gone from strength to strength to become an established star for the Lilywhites this season.

His impressive performances earned him his first call up to the senior England side and he will be hoping to demonstrate his ability on the international stage after making his debut against Lithuania earlier in the season.

Now, Osman has compared the Spurs star to international icon Andrea Pirlo in his style of play in the midfield, while he also claimed that he was a better player than Mesut Ozil, who plays for fierce rivals Arsenal.

Speaking on BBC Radio 5 live (11/11) he said: “He’s the guy who Italy had in Pirlo, I’m not saying he’s at that level yet, but he links everything up.

“He’s the guy who links the back and the front up. Germany had Ozil in the middle of the park last night who defensively didn’t really give them anything but they didn’t concede and he did a good job going forward.

“I think Winks offers you more. Winks is the first name on my team sheet at the moment.”

Winks is just one appearance away from hitting a half century of outings for Spurs, with 13 of those coming this season, nine of which were in the starting XI, while Ozil has 170 Arsenal appearances and a further 87 international caps under his belt.

While he pulled out of the Three Lions’ squad for the current international break, with friendlies against Germany and Brazil, Winks will be hoping to be fully fit when Spurs head to the Emirates Stadium for their north London derby against Arsenal on Saturday.

In other Tottenham news, an insider has revealed a Premier League star figure rejected a move to the club.