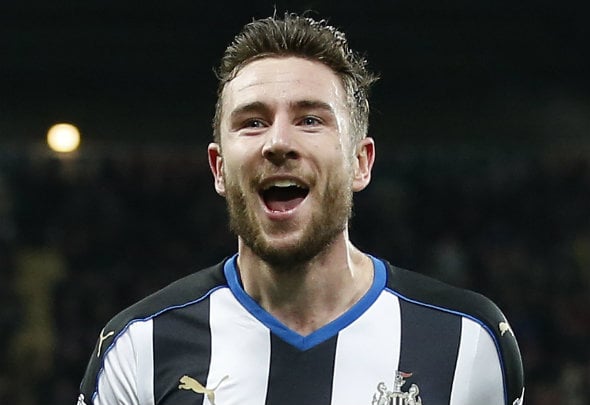 Newcastle United defender Paul Dummett delivered his verdict on the team’s performance after the Magpies’ exhilarating 1-0 over Manchester United at St James’ Park on Sunday.
The 26-year-old was clearly in a jubilant mood when he took to his official Twitter account to sum the game up with a simple, ‘What a win today.’

What a win today @Nufc pic.twitter.com/hRL5K0beLj

And it was.
A Matt Ritchie goal in the 65th minute saw Newcastle take all three points and their seventh win of the season in the Premier League.
Dummett had a busy afternoon as he made countless blocks on the Reds forward line in an end to end match.
The Magpies could perhaps count themselves fortunate to not have conceded at the other end as Anthony Martial wasted a triplet of chances to equalise for the Red Devils.
Martin Dubravka’s was a standout performer on his debut in goal for the north-east side, keeping out Jose Mourinho’s attackers on a number of occasions.
It was an important three points for Rafa Benitez’ side, who before the game were outside of the relegation zone on goal difference alone.
The win though saw them jump to 13th in the Premier League table but still only two points from safety.
A trip to Bournemouth now awaits Dummett and co. who have an opportunity to distance themselves further still from the bottom three on Saturday.
In other Newcastle United news, Magpies fans react to Mo Diame’s performance v Man Utd.