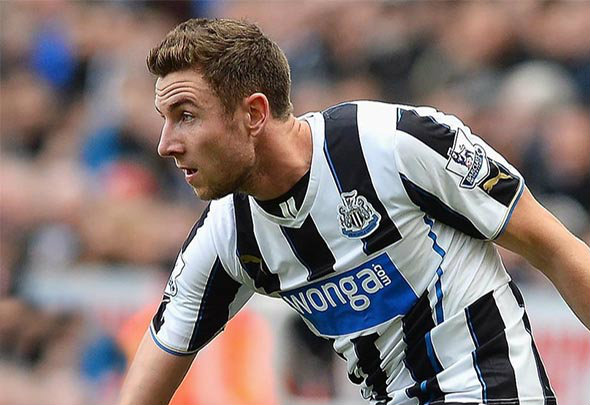 Paul Dummett has predicted Georginio Wijnaldum could be recalled for Newcastle’s Premier League showdown against Liverpool on Saturday.

The left-back expects Rafael Benitez to tweak the team for the Magpies’ third match in eight days, which takes place at Anfield on Saturday.

Newcastle have taken four points from their last two encounters after holding Manchester City to a 1-1 draw on Tuesday night. This came after they reignited their survival hopes with a 3-0 win over Swansea last weekend.

Dummett, who played the full 90 minutes in both matches, believes there is greater competition for places under Benitez.

Skipper Jonjo Shelvey has been dropped for the last two matches, and Georginio Wijnaldum’s 100 per cent appearance record for the season was ended when he was axed for the midweek clash against City.

“He dropped Jonjo on Saturday and kept him on the bench,” said Dummett, as quoted by the Newcastle Chronicle. “He also changed things with Gini.

“But it’s good to have a manager who has players on their toes. You know you have to be on the top of your game every week.

“We have three games in a week and the changes mean we have players who are fresh and on Saturday Gini might be back in.

“You can change at any time. It’s always positive to change stuff so you are always going to be working at your hardest really.”

Wijnaldum is Newcastle’s leading scorer this season with nine goals from 34 Premier League matches, 33 of which he has started.

With four matches of the season left, Newcastle remain in 19th position in the table but they have narrowed the gap on 17th-placed Norwich to two points and they are just one adrift of Sunderland, who have a game in hand on their north-east rivals.

In other Newcastle news, Benitez has explained why he is so impressed by Moussa Sissoko, who skippered the side for a second consecutive match against City.