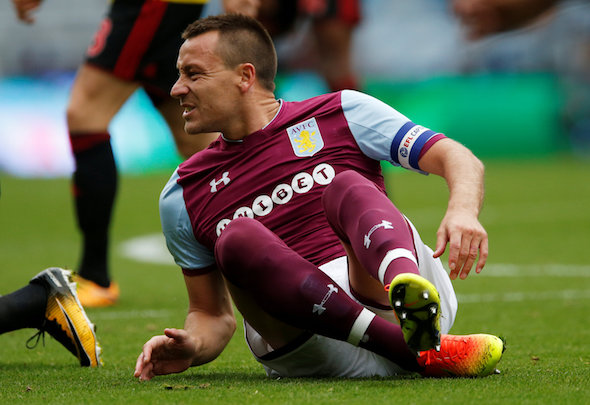 Paul Merson has revealed that he has concerns over Aston Villa recruits John Terry and Christopher Samba ahead of the new Championship season.

Terry, 36, was signed on a free transfer from Premier League champions Chelsea and Samba, 33, was snapped up for free following his spell with Greek side Panathinaikos.

Speaking on Sky Sports News on the EFL Kick Off:AM show on Friday (4 August, 10am), the former Villa man believes that the defenders might struggle to feature in every match next season due to their age.

“My only worry with Villa is that they have two ageing centre-halves,” he said

“This is a long gruelling season and for 46 games, you’d want John Terry and Samba to play at least 40 of them games and that’s going to be difficult when it’s Saturday-Tuesday.”

Both men have never played in the second tier of English football and as the seasons continues, they might find it hard to maintain a consistent level in every match.

However, both players are vastly experienced in the Premier League with Terry spending 18 years in the top flight with Chelsea and Samba featuring in over 170 matches during his spells with Blackburn Rovers and Queens Park Rangers.

Both central defenders will be hopeful that they can feature from the start as Villa get their Championship campaign underway with a home match against Hull City on Saturday afternoon.

The Midlands club will be looking to return back to the Premier League for the first time in two seasons.

In other Aston Villa news, the club are reportedly leading the race to sign this Liverpool forward.