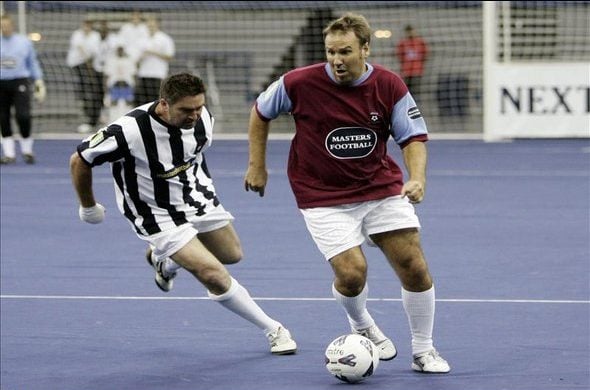 Paul Merson believes that Tottenham will suffer a 3-1 defeat against Manchester United on Sunday.

Spurs travel to Old Trafford for the Premier League clash as fifth meets sixth in the table.

The north London club are in good form after qualifying for the Europa League on Wednesday with a 3-1 victory against CSKA Moscow, while also recording a 5-0 win against Swansea in their last league game.

United are currently six points behind Spurs and are beginning to lose touch with the top four in the league, with a 13-point gap behind leaders Chelsea.

Merson has pointed out what a huge game it is for Untied and feels they can’t afford to lose it, or risk being cut adrift from the title contenders.

“If Man Utd lose this game, it’s the middle of December and they are out of the title race,” Merson wrote on Sky Sports. “They’ll be struggling to stay in the top-four hunt too, with fifth-place Spurs already six points ahead of Jose Mourinho’s side. They can’t allow that gap to grow to nine.”

Spurs will be confident of facing a United side that have drawn their last four league games at Old Trafford, with manager Jose Mourinho being put under the spotlight.

Mauricio Paochettinio’s side have bounced back from their first league defeat of the season against Chelsea and are looking to recreate the form they showed at the beginning of the campaign.

Spurs’ best performance of the season so far came in a 2-0 victory against Manchester City and they will be hoping for similar luck.

They have been majorly boosted by the return of senior defender Toby Alderweireld and he could make his league comeback on Sunday.

In other Tottenham news, the club’s supporters went crazy for a 20-year-old after his performance in the Champions League.