It will be a “huge” blow for Everton if Allan is ruled out for an extended period, according to Kevin Phillips.

Speaking exclusively to Football Insider correspondent Dylan Childs, the ex-England striker has been impressed by the impact made by the central midfielder since joining from Napoli in September for around £23million.

The Brazilian was stretchered off just before half-time in the 2-0 win over Leicester City after injuring his right leg.

Allan pulled up as he chased back when Leicester hit the Blues on the counter-attack and had to be replaced by Andre Gomes.

The 29-year-old has been a virtual ever-present in the Premier League this season, starting 12 of Everton’s 13 matches.

“He has been excellent since day one for Everton,” Phillips told Football Insider.

“Allan and Rodriguez have both been impressive. They have hit the ground running and lived up to expectations.

“To lose Allan will be a huge blow for them but I still fancy them to beat Arsenal at the weekend.

“It is a blow for Everton but they have players that can come in and do a job.”

The defensive midfielder has been the deepest lying of a three-man midfield that also included Abdoulaye Doucoure and Gylfi Sigurdsson in midweek. 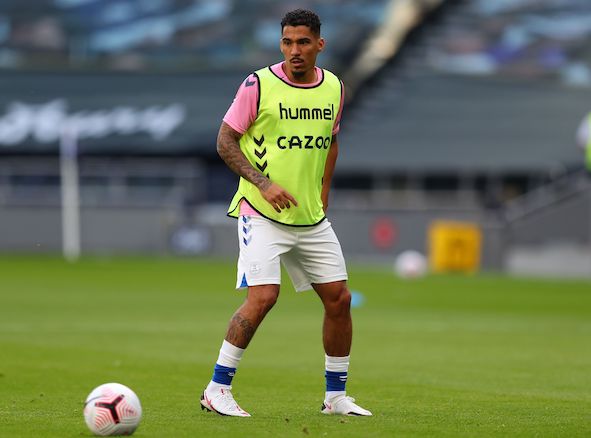 The 2-0 win over Leicester has taken the Blues to fifth in the table after 13 games of the season played.

Everton are next in action on Saturday when they host Arsenal at Goodison Park in a 5.30pm kick-off.

In other news, Everton teenager blows away pundit after big Finch Farm development.