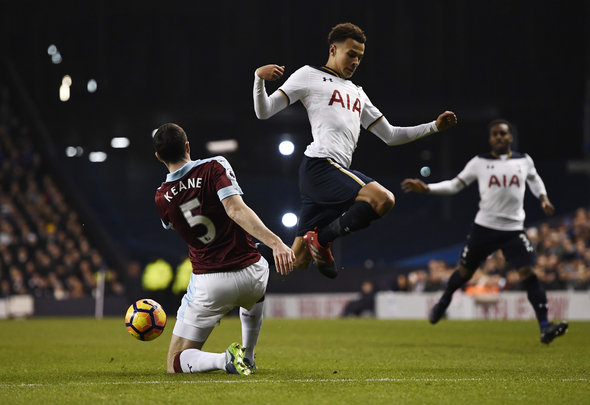 Everton are set for a major test of their transfer credentials as Manchester City join the hunt for defender Michael Keane, according to a report.

The Sun previously reported Toffees had lined-up the Burnley rock as an alternative to Southampton’s Virgil van Dijk, after their pursuit of their premier transfer target took a turn for the worst.

However, The Sun now report that Pep Guardiola’s Manchester City have entered the race, along with Leicester, and will look to use their financial advantage to pip their Premier League rivals to the 24-year-old’s signature.

Guardiola’s side are in dire need of a defensive reshuffle, after conceding another two goals in their Premier League clash with Tottenham on Saturday. They have now conceded 28 league goals this term, more than any side in the top seven.

They reportedly sent scouts to watch Keane in action, as Guardiola ponders making an approach.

Everton boss Ronald Koeman, meanwhile, is seeking a youthful injection to what is an ageing defensive line-up at Goodison Park, with first-choice faces Leighton Baines, Phil Jagielka and Ashley Williams all over the age of 30.

Jagielka may be headed for the Goodison Park exit this month, with former Toffees boss David Moyes – among others – eyeing him up at relegation candidates Sunderland. His departure would vacate a space in the first-team that will no doubt be to Keane’s liking.

The Sun believes Koeman to be a keen admirer of Keane, who was called into the England senior squad back in October, and that the former Manchester United man has been recommended by his scouting team.

Leicester are also believed to be interested, and unlike Everton, could use their Champions League campaign to sweeten the deal.

Keane looks set to follow John Stones as the next high-class English defender to emerge in the Premier League. He has a big future in the game, and it is surely only a matter of time before he leaves Burnley for bigger things. Burnley will want him to stay this month, but if they get relegated at the end of the season, then they may have little choice but to let him leave in the summer. He’d fare better at Everton than Manchester City because he’d have a more regular role in the first-team, particularly if the likes of Jagielka were to leave the club. He is a very capable defender, and could be a huge long-term asset to Everton, and hopefully England.

In other Everton transfer news, the Toffees have made concerted effort to land Rachid Ghezzal this month by offering a £100,000-per-week deal.