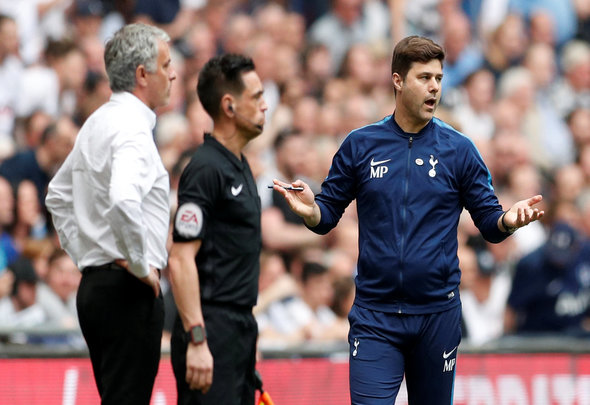 Everyone knows that Tottenham have to win some major silverware sooner rather than later.

Daniel Levy’s wage structure, eventually, will not allow for Mauricio Pochettino to keep hold of his best players with some of them already seeming like they’re about to jump ship with Danny Rose and Toby Alderweireld widely linked with other clubs.

That’s why Pochettino made the worst mistake of his Tottenham career for the defeat to Manchester United in the FA Cup semi-final on Saturday when he failed to name his best possible team against Jose Mourinho’s side.

Michel Vorm simply should not have played.

He had been dodgy in the earlier rounds of the competition against lower league opposition and Hugo Lloris is the club captain and one of the best shot-stoppers in the country.

So why on earth did Pochettino overlook Lloris and play Vorm?

The Dutchman, who according to the Daily Star earns £22,000-a-week at Spurs, had an absolute shocker at Wembley while Lloris’ leadership and control of his area would have surely led to a more positive outcome.

A mistake like that is something that Pochettino will never recover from and will probably regret it for the rest of his career.

Spurs would have won the final if they got past Man United with Southampton or Chelsea going to be their next opponents.

Pochettino cannot risk missing out on silverware because the knock-on effect will be huge.

In other Tottenham news, Arsenal legend Martin Keown has been drooling over this £75,000-a-week Spurs player after an announcement was made.