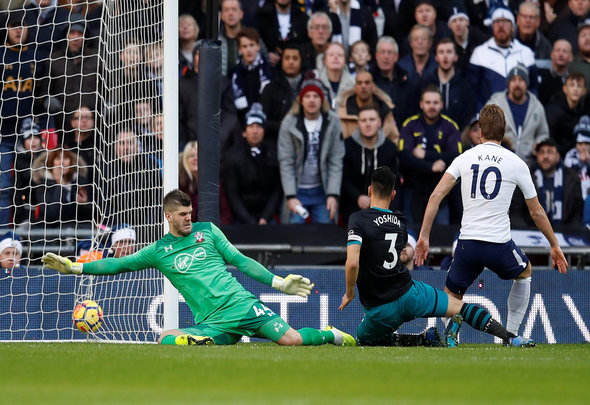 Tottenham manager Mauricio Pochettino has claimed that Harry Kane may well be the very best striker in the world after his outstanding performance against Southampton on Boxing Day.

The England forward netted his second hat trick in as many days against the Saints at Wembley, with his first goal breaking the 36-goal record for most Premier League goals scored in a calendar year, a 22-year-old achievement set by Newcastle United legend Alan Shearer.

With 18 top flight strikes to his name this season, three more than closest rival Mohamed Salah of Liverpool, Kane is leading the way to his third consecutive Premier League golden boot award for the top scorer, and Pochettino says that sort of form makes him among the world’s best, questioning which forwards out there are better than the 24-year-old.

He told the press, as quoted by football.london: “I think today, one striker in the world – a specific position – who’s better than him?

“He’s professional and he looks after himself and he scores goals. We are happy and we are so proud about everything he’s achieved.”

In addition to his league strikes, Kane has also notched up six goals in five Champions League appearances this season, and is also scoring at a rate of just more than a goal every two games for England, with 12 netted in 23 appearances for his country.

Spurs’ next fixture comes in the new year, when they travel to a struggling Swansea side on the 2nd January.

In other Tottenham news, fans were left raving over one of Kane’s team mates after the win over Southampton.