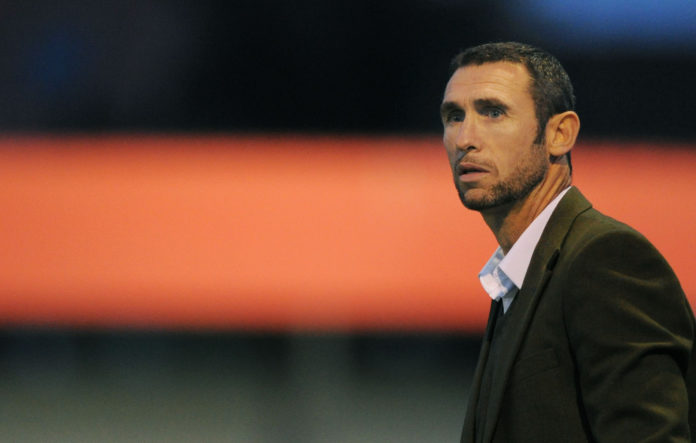 Former Arsenal enforcer Martin Keown has said that he believes Tottenham are now favourites to win the FA Cup come the end of the year.
Spurs have not won a trophy since their League Cup triumph in 2008, and saw their chances of repeating that success ended with a defeat to West Ham earlier in the season.
That left the Premier League, in which they are already 20 points behind runaway leaders Manchester City, the FA Cup and the Champions League as possible silverware to end the drought.
While they have performed well in the Champions League, going unbeaten in the group stage before an impressive 2-2 draw against Juventus in the first leg of the knock out stages, their FA Cup push has stuttered following their 3-0 win over AFC Wimbledon.
They were held to a 1-1 draw by League Two side Newport County before seeing them in a replay, and will have to take on Rochdale yet again after they snatched a late equaliser at Spotland, with a trip to Wembley scheduled for next Wednesday.
However, despite their struggles, and having not officially sealed their place in the next round, Keown has boldly predicted that Mauricio Pochettino’s men will be lifting the trophy at their temporary home of Wembley, naming their season long occupation of the national stadium as a decisive factor.
Writing in his live question and answer on the Daily Mail’s website (22/02. 13:24), he said: “Tottenham are favourites now.

“Mauricio Pochettino was wise to pack his bench with quality in case he needed someone to save the day against Rochdale.

“After their replay – which you would expect them to win – it would be Swansea or Sheffield Wednesday in the quarter-finals… and their next two games would then be effectively at home!”
Spurs were drawn for an away tie against either the Swans or the Owls after they played out a 0-0 draw, and like Tottenham will have to tackle a replay to decide a victor.
However there will be no chance of a second fixture in the next round, meaning that were Pochettino’s men to come out victorious, they would play the semi finals and the final where they have played all season.
In other Tottenham news, one of the club’s top young talents is being eyed up for an exit by a former Pochettino favourite.