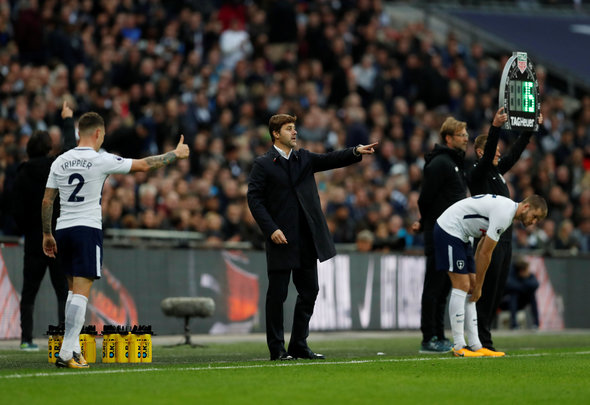 Tottenham will only be sending wonderkid Reo Griffiths out on loan and not on a permanent deal as former Spurs figure Paul Mitchell eyes up a move for RB Leipzig, according to a report.
The Mirror claim on their website that the ex-Spurs scout has identified the 17-year-old striker as a possible target after being appointed Leipzig’s head of recruitment, and knows the potential of the youngster after his time in north London.
ESPN FC have previously claimed that Mitchell was keeping a close eye on Griffiths’ situation at Spurs, while insider Twitter account Lilywhite Rose has stated that his contract is set to expire in the summer, leaving the German side to snap him up for a nominal fee.

However, the Mirror’s report crucially states that any move from Mitchell and his new side would solely be a temporary switch and not a permanent one for the young forward, who has hit 20 goals for the club’s under-18 side this season and is deemed one of the very brightest talents at the club.
Football Insider verdict
It seemed a strange account that Spurs might be willing to let one of their brightest prospects leave permanently, and this new report of a loan deal seems to make much more sense for the player and the club. Mitchell was a trusted ally of Pochettino’s at both Southampton and Tottenham, so the Argentine boss knows the youngster will be in good hands were he to let him leave. It seems a deal which certainly has the potential to happen, but his contract situation will be the priority for the Lilywhites. Could this be the start of a bright partnership between the clubs? With Pochettino and Mitchell’s history, it certainly seems a possibility, and there may well be more Tottenham talents on their way to Germany to progress with their development.
In other Tottenham news, it can be exclusively revealed that a centre-back has agreed contract terms with Spurs.
Don’t miss out on breaking and exclusive Tottenham news by clicking here for our brilliant 24/7 updates on Facebook, Instagram and YouTube.