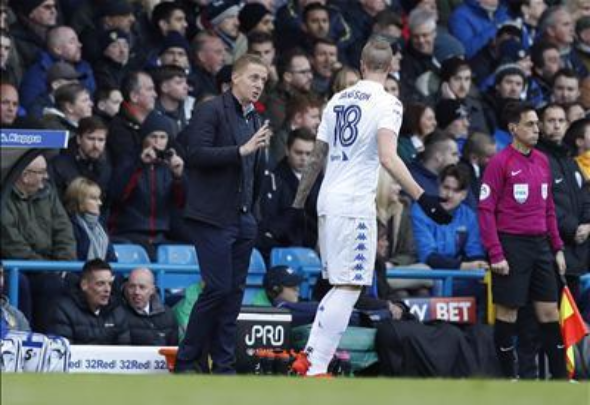 Pontus Jansson has claimed he has “no idea” if he will be in the team for Leeds’ next match after being axed at the weekend.

Manager Garry Monk made the shock decision to omit a fit and available Jansson from the starting XI for Saturday’s 2-0 Championship win against Brighton.

Jansson was benched, Liam Cooper was recalled to partner Kyle Bartley at the back, and a rejigged defence also missing the suspended Luke Ayling kept another clean sheet to secure a memorable win.

Leeds supporters were mystified at the decision to axe Jansson, who on Monday was named as one of two centre-backs in the Sky Bet Championship team of the season.

Monk refused to go into details about the omission of the Sweden international, simply stating that he saw it as the best decision for the team on the day.

Speaking to Swedish outlet Fotboll Skanalen while on international duty, Jansson said he could not argue with the selection given that Leeds were victorious without him but insisted he will fight hard to win back his place.

Asked if he will be in the team for Leeds’ next match, which is a trip to play-off rivals Reading on 1 April, Jansson replied: “No idea, now we won so probably he chose the right team. I hope I’m back in the next game and get to play in it instead.

“I’m ready to fight when I get back, now I’ll make a good effort for the national team.”

Pressed for further details on why he had been axed, Jansson told Fotboll Skanalen: “It was the coach’s decision altogether, he said it was his way of looking at it and his decision. I respect it fully and we won the game so we can not blame him for that. He stands behind his decision.

“He gave me an explanation, but it stays between me and him. This between coaches and players. I stand behind it one hundred percent.”

Jansson has been a mainstay of Leeds’ promotion-chasing side this season, starting 28 of their 38 Championship matches since joining from Torino initially on a season-long loan.

The defender has been such a success for the fourth-placed team that he has agreed to join Leeds on a permanent contract when he loan expires in May.

Leeds’ win over Brighton consolidated their place at fourth in the table and also kept alive their hopes of automatic promotion, although they remain eight points adrift of the second-placed side with eight matches of the campaign remaining.