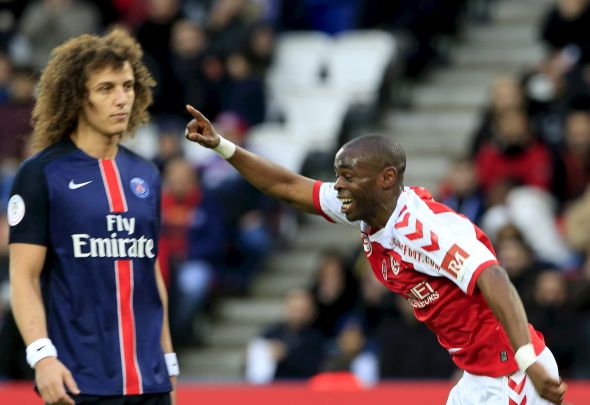 David Luiz could be heading back to Chelsea after agreeing terms with the club – and Premier League fans have reacted on Twitter in amusing fashion.

The defender left Chelsea for a reported world-record £50million fee for a defender to join Paris Saint-Germain in 2014.

However, after two years the Brazil international is believed to be unsettled in the French capital and is likely to make a sensational move to Stamford Bridge on deadline day.

He has started all three of PSG’s opening Ligue 1 matches of the new campaign, but Mail head of sport Lee Clayton, who is close to the Luiz camp, reported on Wednesday afternoon on his personal Twitter account the defender is set to be announced as a Chelsea player for the second time.

The defender was quite a high profile figure during his previous term in England for his erratic defending and he was once described by Gary Neville as a “Playstation footballer.”

Fans of Chelsea’s rival club’s including Tottenham, Arsenal and Manchester United supporters have taken to Twitter to ridicule their rivals over the defender’s impending return.

Are PSG and Chelsea just going to keep buying Luiz from each other every year to cope with financial fair play rules?

Still can't believe Chelsea are actually signing back David Luiz. Selling him for £50m was one of the biggest achievements they've ever done

We got stick for re-signing Pogba but at least he's an elite player in his position. Luiz is an overexcited puppy lol, Chelsea are panicked.

Chelsea fans now saying Luiz will be good etc.. Lol fickle bunch, rewind 2 years ago he was getting death threats

Feel pity for chelsea this day, Mustafi rejected them , now they are looking for David Luiz. Small club, forever in our shadows. #cfc #afc

Conte is keen to bring in a new centre-back this summer and has turned to Luiz after failing with bids for Napoli’s Kalidou Koulibaly and AC Milan’s Alessandro Romagnoli.

In other Tottenham news, Eric Dier has slated transfer deadline day as unfair to players and managers.