The former Rangers and Scotland manager, speaking exclusively to Football Insider, believes the FA Cup tie could be the perfect opportunity to give Patrick Bamford a break and see what the 18-year-old forward has to offer the senior side.

Greenwood, who joined from Arsenal for a fee rising to a potential £3million, is yet to make his first-team debut for Leeds. 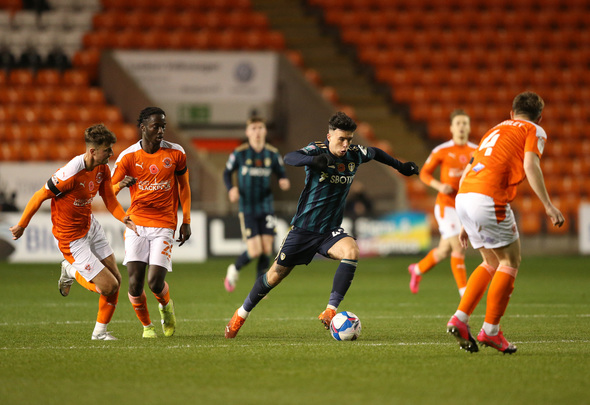 However, he has caught the eye with six goals in eight Premier League 2 appearances for the under-23s.

He has built up a budding partnership with fellow new arrival Joe Gelhardt in the reserves, with the former Wigan starlet having chipped in with a further five goals.

Bamford has been an ever-present in the Whites’ Premier League starting line-ups this season, although Tyler Roberts led the line in the League Cup loss to Hull City.

With a clash against League Two Crawley this weekend, McLeish has suggested it is time to see what the next generation of Leeds players has to offer.

Asked if Sunday was a good chance to rest Bamford and hand Greenwood his debut, McLeish told Football Insider: “Yeah, it may well be, it could be.

“Sometimes you find something even more than you thought was possible and if anybody’s been under the tutelage of Bielsa this season – and this kid obviously has – or over the last couple of years, then let’s see him unleashed.

“Let’s see him unleashed because he’s not going to be at Leeds for for no reason he’s there for the reason of nurturing him into a first-team player.

“So he must have, I would think, A) He’s got speed, B) I would also think that he’s got the intelligence to take things and C) Does he have that magical goal-scoring touch or providing goals for others.

“I would like to think that it would be a good opportunity for a kid to go in.”

In other news, Football Insider can reveal offers are flying in for Leeds United international star this month.