Alan Hutton has admitted Celtic look rudderless heading into the transfer window without a director of football or a new manager.

The former Scotland star, speaking exclusively to Football Insider, suggested the Hoops’ plans had “backfired” after talks with Eddie How collapsed.

As reported by Sky Sports, Fergal Harkin will not join the Bhoys after holding discussions over the director of football role at Parkhead.

🟢Fergal Harkin will not join Celtic this summer. He was linked with a potential sporting director role at the club but following discussions with Celtic he will instead focus on his role at Manchester City. All the details👇

Hutton admitted he thought the City figure would have been a “great asset” for the Bhoys.

He suggested tensions would be rising at Parkhead ahead of a crucial summer window.

“I thought if Fergal Harkin did come in, he’s done a great job at Man City and he sees a lot of talented boys. I think he would have been a great asset for Celtic to have moving forward.

“Especially with all the outgoings and incoming, it’s really going to be happening. It just seems that they can’t really get anything over the line at the moment. It must be really frustrating for everybody within the club.

“You want to get the ball rolling as soon as possible and get things going. As it stands right now, with nobody in charge, it’s like where are we going here?

“The season will be starting soon, that’s the scary thing. We’re not that far off it and it just seems like everything that they try and do it just backfires at the moment. It’s very difficult for them.” 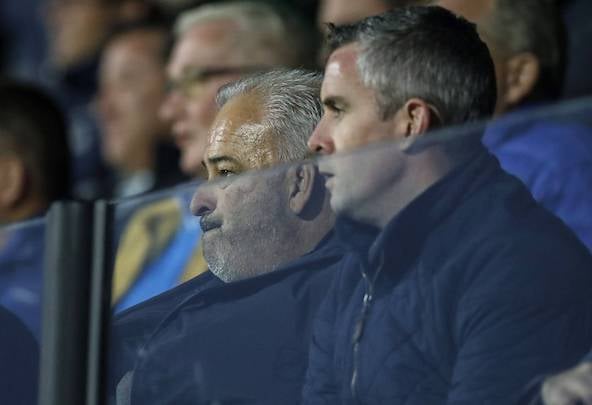 However, the Hoops are set to appoint Ange Postecoglou as their new manager.

In other news, a pundit has applauded Eddie Howe for turning down the Celtic job.