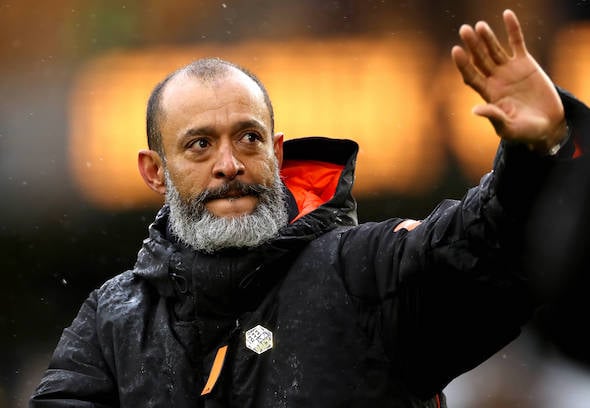 Noel Whelan has urged Everton to move on from Nuno Espirito Santo after being snubbed for Crystal Palace.

However, talks between the 47-year-old and the Eagles then collapsed.

An Everton source told Football Insider on Wednesday the Toffees will consider the former Wolves boss once again.

However, Whelan insisted the Merseyside outfit should move on after being turned down once already.

“Once you’ve been rejected, it’s always going to leave a sour taste in your mouth, isn’t it?” Whelan told Football Insider’s Russell Edge.

“You want a manager jumping at the opportunity to go into a club and manage a club. When there’s a breakdown in communications, you know that something just isn’t right.

“I’m pretty sure Everton are offering a very healthy package, which is probably a lot bigger than what Wolves have ever dealt with. On that front, when you look at Everton as a whole now, it’s a very tempting, enticing club to be at.

“They’re going places, new stadium, money to spend. The players they already have are international players. There’s not that many that aren’t in that squad now. They’ve got money to spend as well, they want to go places.

“It is very difficult for a club to go back to a manager where it has broken down already. I just can’t see that happening. He has had his opportunity.

“He was thinking more of the Crystal Palace opportunity. That has broken down as well. I believe they should probably move on and look elsewhere.”

Nuno left Wolves by mutual consent at the end of the 2020/21 campaign.