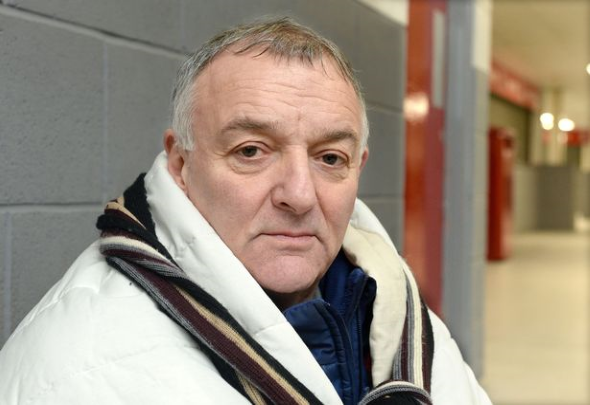 Former Celtic manager Lou Macari thinks having even more home fans inside Ibrox during Old Firm games can only benefit Rangers after the Gers announced plans to slash Celtic’s allocation to 800 tickets.

The Gers confirmed plans to move Celtic’s fans from the Broomloan Road stand to the corner between the Sandy Jardine stand and Broomloan – seriously reducing the number of tickets available.

Macari thinks the change will put Celtic at a “disadvantage” and believes it will spur the Rangers players on to do better.

“If you ask Steven whether he’d rather there were 8,000 or 800 Celtic fans inside Ibrox, then there’s only one answer,” Macari said, as quoted by the Scottish Sun.

“Celtic have had a good record at Ibrox in the last few years, but this will definitely put them at a disadvantage.

“Steven has to get results in the Old Firm games and this will be a big boost for him.

“In any derby, there are tough moments and you need all the support you can get. When you look up and see a full stand of your own fans, it’s a great feeling. It really spurs you on.

“Without that the home team has an even bigger advantage from the extra support they will get.”

In the match itself, any advantage is massively overplayed – just look at how many games Rangers have lost at Ibrox in recent years – although it certainly works as tool to try to add some more pressure onto Steven Gerrard. The same idea about an advantage should also ring true at Celtic Park after the Hoops also confirmed they would slash the Gers’ allocation. There will be a financial boost for both clubs – assuming they sell the additional seats – but it will be largely negated by each other. What will be interesting about it though is the changed dynamic visually with the games at Ibrox especially going to look very different with Celtic fans no longer occupying a full stand and given a prominent position within the stadium. By the time the first Old Firm game rolls around, the split of tickets will almost certainly be low down on the list of talking points.