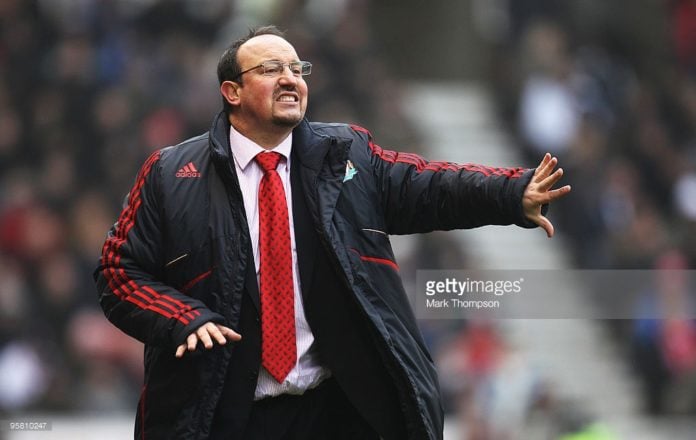 By Spain correspondent Miguel de Souza
Rafael Benitez will be appointed the new Real Madrid manager, and an announcement could even be made within the next 48 hours, Football Insider sources understand.

Real president Florentino Perez said on Monday that the Spanish giants would “name the new coach next week” after confirming that Carlo Ancelotti had been sacked.
Football Insider understands that an agreement is in place between Benitez and Real after the former Liverpool manager was contacted last week and offered one of the most prestigious posts in world football.
Benitez, who is leaving Napoli after two years, had been on the verge of joining West Ham but, as revealed by Football Insider last Wednesday, rejected the Premier League club once interest from Real accelerated.
Benitez, 55, will be in place at the Bernabeu by next week and an announcement could even be made within the next 48 hours even though Real want to leave a bit of time between sacking Ancelotti and appointing his replacement.
Ancelotti has said he will now take a year’s sabbatical, in order to rest and fully recover from imminent back surgery.