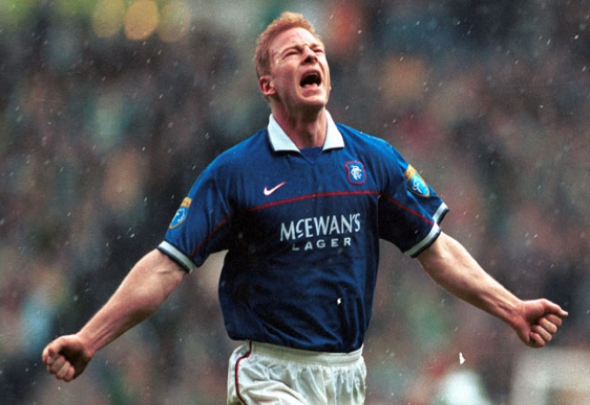 Celtic have won the last six Scottish Premiership titles and are currently on a 59-game unbeaten streak in domestic competitions.

The Hoops have been miles ahead of anyone since Rangers’ financial meltdown in 2012 forced the club into the Scottish Third Division.

Rangers finally returned to the top flight last season but, by then, the damage had already been done as Celtic cantered to the title each season without any challenge.

Albertz played with, and against, some of the best players to have played in Scotland and admits there is no-one close to that sort of level now.

“When I was at Rangers, great names were playing in the Scottish League – Gascoigne, van Bronckhorst, Flo and Laudrup and Celtic had Larsson and di Canio,” Albertz said to German website Merkur.de, as translated by The Scotsman.

“The big problem is that Celtic are not challenged, which is a disadvantage for the Champions League.

“Celtic are always first, second is Aberdeen, with third being Rangers, who have been going through hard times.

“When I went to Rangers they had just won their ninth title, equalling Celtic’s record. Both teams wanted to be number one every season.”

The German midfielder joined Rangers in 1996 from Hamburg for £4.4million and played 228 times, scoring 82 goals, in a trophy-laden Ibrox career.

During his time in Scotland Albertz lifted three league titles, two Scottish Cups and two League Cups before returning to Hamburg in 2001 after a fall-out with manager Dick Advocaat.

Albertz became a fan favourite at Ibrox with his free-kick prowess and thunderbolt strikes from his left foot.

The big German somehow only won three caps for the German national side despite regularly performing well in the Champions League for the Gers and becoming an integral part of the Ibrox side.