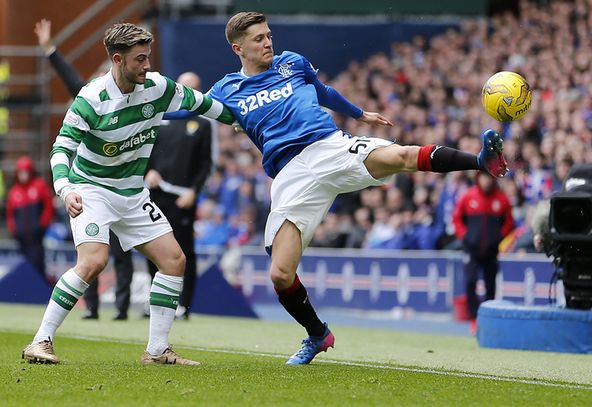 Rangers defender Myles Beerman took to Twitter on Tuesday night to say that it was “an honour” to earn his first senior international cap for Malta.

The 18-year-old made his debut when he came off the bench in the late stages of Malta’s surprising 1-0 friendly victory against Andriy Shevchenko’s Ukraine on Tuesday.

Zach Muscat scored the only goal of the game in the 14th minute to hand the Mediterranean island victory, despite being 182nd in the FIFA World Rankings while Ukraine are currently 37th.

Beerman had his head shaved by his Maltese teammates prior to the fixture as it is a tradition among the national team to do so when initiating debutants.

“What a feeling making my international debut. Always an honour to play for my country. The journey continues. Don’t worry the hair will grow,” said Beerman on his personal Twitter account on Tuesday.

What a feeling making my international debut.Always an honour to play for my country⚽️the journey continues! Don't worry the hair will grow😂 pic.twitter.com/qeFnHM2nLE

Beerman was only handed his first senior Rangers appearance in April when he was surprisingly called upon to play at left-back in the 0-0 draw with Kilmarnock.

However he clearly impressed Pedro Caixinha and proceeded to play in all but one of the final matches of the Light Blues’ season.

In total, Beerman made eight first team appearances for the Gers and helped them keep three clean sheets.

The newly-capped Malta international has represented his country at a number of different youth levels despite being aged just 18.

He earned just two caps with the Under-21 side before making the jump to senior affairs.

In other Rangers news, fans have reacted on Twitter with their thoughts on Caixinha’s third signing of the summer.