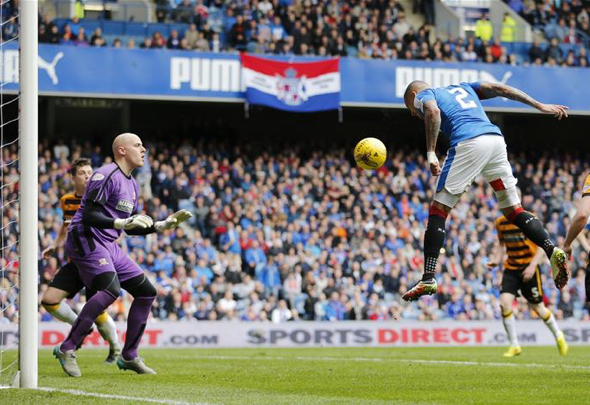 Pedro Caixinha is set to welcome back first-choice Rangers right-back James Tavernier to his side to face Kilmarnock, after he sat out a one-match suspension.

The former Newcastle star had accumulated too many yellow cards, and as a result was handed a ban for the 1-1 draw against Motherwell on Saturday.

That could see 25-year-old Lee Hodson drop out of the Gers starting eleven to make way for Tavernier, despite the Northern Ireland international remaining steady throughout Saturday.

Portuguese manager Caixinha is likely to rest veteran Clint Hill after he tweaked his hamstring against Motherwell, and that could see Philippe Senderos come in from out of the cold.

The Gers cruised to a 3-0 victory against Lee McCulloch’s Killie, and Caixinha will be hoping his two defensive changes to the side can help the Gers complete a repeat triumph.

Wes Foderingham keeps his place between the sticks over January signing Jak Alnwick, who is yet to make a senior appearance for the 54-time Scottish champions.

Captain Lee Wallace should start despite suffering from a stomach bug that saw him withdrawn at half-time on Saturday, while Tavernier returns through suspension.

Switzerland international Senderos could join Rob Kiernan at the back, which will worry fans as the last time the two partnered each other was Celtic’s 5-1 drubbing of Rangers.

Another similar looking trio is also expected to take shape, as Barrie McKay and Kenny Miller push inside nearer striker Marty Waghorn who will look to add to his 15 goals.

The Gers are currently 10 points behind Aberdeen, but a win could close that gap if Derek McInnes’ Dons lose to Inverness.

In other Rangers news, fans have reacted to reported interest from Celtic in this 20-year-old star.