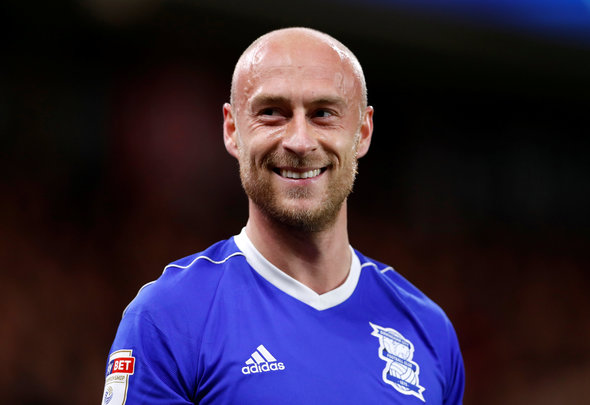 Rangers have been linked with free agent David Cotterill but weary fans are not happy at the prospect of the 30-year-old heading to Ibrox.
Football Insider exclusively revealed on Tuesday that Rangers are set to battle several Championship clubs for Cotterill’s signature after the winger left Birmingham last month.
They see him as a readymade replacement for the in-demand Josh Windass and he is a considered a great option as he’s available without a fee.
However, Rangers fans are not so keen.
Cotterill comes with a vast amount of experience – over 400 appearances for the likes of Birmingham, Swansea, Wigan and Portsmouth – but his levels have been dropping over recent seasons.
He only made 13 appearances in the Championship last season, scoring two goals, and this season he’s made seven without a goal.
And Rangers are not convinced that he’s a progressive signing for Murty and their club.
Here is a selection of the best tweets from disgruntled Rangers fans after hearing the news:

In other Rangers transfer news, the club are working on beating Celtic to the signing of a 22-year-old goal machine ripping up the league.
We’ve launched a << BREAKING NEWS FEED>> exclusively for your club. ‘Like Us’ on Facebook by clicking here if you want 24/7 updates on all Rangers breaking news.