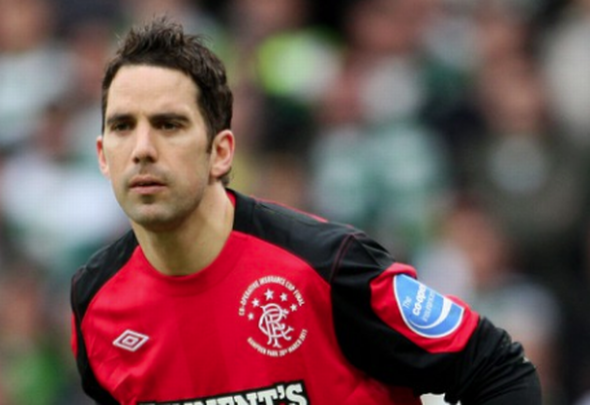 Former Rangers goalkeeper Neil Alexander has announced his retirement after a distinguished playing career – and Gers fans can’t thank the 40-year-old enough for his time at Ibrox.

The veteran goalkeeper confirmed on his personal Twitter account that he will hang up his gloves and leave Livingston to join Dundee United’s coaching staff.

2/4 for Rangers F.C in the 2008 UEFA cup final. My six years at Rangers F.C was the highlight of my career and memories that will stay with me forever.I’ve been privileged to meet and play with some amazing people along the way.I’d like to especially thank my Goalkeeping coaches

4/4 thank my Wife Joanne for her love and support through the up’s and down’s, my three wonderful kids Holly, Olivia and Eva who are my inspiration for everything I do and my family who’ve always been supportive…Neil

Alexander was a big part of the Gers’ run to the 2008 UEFA Cup final against Zenit St. Petersburg and kept clean sheets in both legs of the semi-final triumph over Italian giants Fiorentina.

Gers fans were quick to praise the three-times capped Scotland international – with one fan thanking him for “one of the best nights” of his life.

All the best Neil, and a great save to finish on

A tremendous servant for Rangers, always performed when called upon. And thank you for the odd ticket via Average 😉 Will never forget that penalty save in Florence. Congratulations on a great career.

Best of luck to you Neil. Always carried yourself with great dignity and professionalism and you played a big part in one of the best nights of my life. 👍🇬🇧

Congratulations on a superb career, all the best Neil 👍

Alexander joined Rangers in January 2008 as back-up to Allan McGregor and featured regularly in his first season at Ibrox thanks to injury and suspension.

After an injury forced McGregor to miss the conclusion of that season, Alexander was in goal as the Light Blues pushed to win a domestic treble and lift the UEFA Cup.

When McGregor left Ibrox in 2012, Alexander established himself as first-choice before leaving under a cloud a year later to join Hearts.

During his time with the Gers, Alexander won three Scottish titles, three Scottish Cups, two Scottish League Cups and the Scottish Third Division, making a total of 94 appearances for the Ibrox giants.