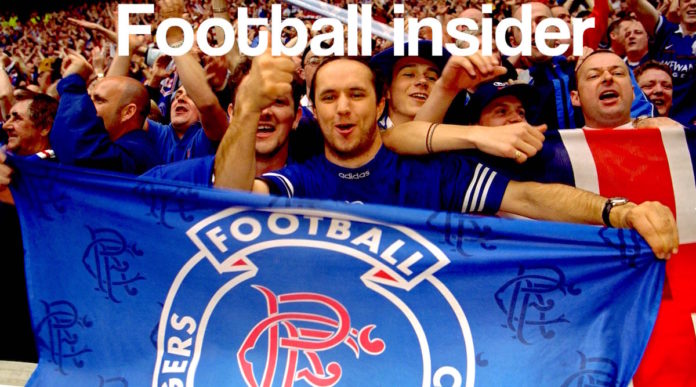 Rangers fans are keen to see their club tie up a deal for Jason Cummings after it was reported that transfer talks were set to take place that would see the Nottingham Forest hitman move north of the border permanently.

The 22-year-old made a bright start to his loan move to the Scottish Premiership, scoring on his second game for the club, but apart from appearances in the cup, ex-manager Graeme Murty used the player sparingly.

However, it would appear that this handful of outings in the Scottish Cup have been enough for Gers fans to call for the forward to be handed a permanent contract at the club.

Four goals in three starts in the domestic competition where the Reds forward flourished proved to the Light Blues faithful that Cummings has what it takes to be a success at Rangers.

And with reports that the Light Blues will listen to offers for Alfredo Morelos, the 22-year-old will be needed all the more to fill the void that would be left in the Colombian’s absence.

Morelos has scored 18 in 42 appearances in his first season at Ibrox and was the subject of intense speculation in the winter window following interest from China.

Here is a selection of reactions on social media from Light Blues fans wanting to see Cummings stay in Glasgow:

I would be cause we know he has what it takes!! Lad is barely getting a game but still has 6 or 7 goals. The right manager will get the Jason Cummings we all know!! He could be the man to fire us to #55

Still young. Has bags of potential. He will be good to have in the squad and has it in him to become a regular starter in future

Aye, the guy oozes confidence and that is what our strikers need. Not afraid to shoot..but needs the service to flourish..and at the reported £600k fee.. a bargain..

In other Rangers news, report: Gerrard holds talks with Mark Allen about Rangers changes ahead of busy summer.