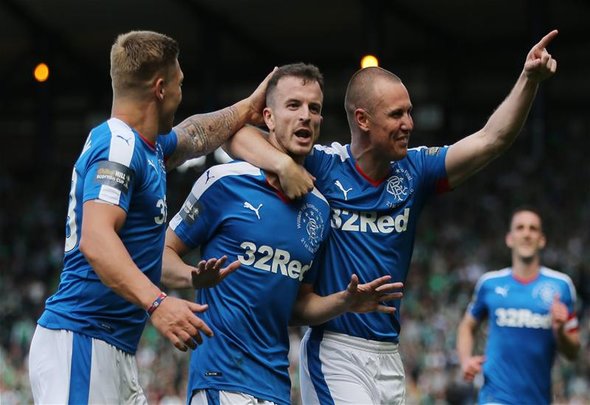 The 25-year-old midfielder has started 20 of the Gers’ last 21 league matches, but he has often been on the receiving end of fans criticism in recent times.

Four of his last five outings have brought defeats, conceding a massive 10 goals from those losses and it has now become apparent that supports had seen enough of him.

Murty has decided to bring Jason Holt into the midfield three, dropping in between loan duo Emerson Hyndman and Jon Toral and fans on social media shared that they were happy to finally see Halliday out of the team.

A large number of supporters shared their delight via humorous vines, while others simply celebrated through text.

I don't believe my eyes Andy Halliday has actually been dropped.

ANDY HALLIDAY HAS BEEN DROPPED THERE IS A GOD

Halliday has been at Rangers since making the move from Bradford in the summer of 2015.

The Glasgow-born midfielder has featured in 82 matches for the club in total, helping them win promotion back to the Premiership last season.

Of those appearances 34 have come in this campaign and fans will now be hoping being dropped to the bench may help him rediscover his form.

In other Rangers news, fans have urged Murty to give this 21-year-old more of a chance.