Former Rangers star Ian Durrant has backed new Gers boss Steven Gerrard to follow in the shoes of Ibrox legend Graeme Souness and make sensational changes to the playing squad over the summer.

When Souness arrived as manager at the Light Blues back in 1986, he conducted a massive overhaul of the first team side, getting rid of no less than 15 players, and Durrant, who made over 200 appearances for the Glasgow giants, believes Gerrard could take a similar path when he joins up on June 1st.

He told the Daily Record: “Players at Rangers right now will be worried about their jobs.

“You are looking at what Steven is going to bring in, who he is going to bring, so the players now have had the last two games and Sunday’s game with Hibs to prove they should be part of the new manager’s plans.

“It’ll be worrying times for them in terms of who will be going and who will be staying. The team needs an overhaul, which, again, after a year, we are talking about another overhaul.

“When Souness came in, he said in his first meeting with the players that there was going to be a complete overhaul. Within a week of him joining, 15 players left the club. That showed you the scale of what he wanted to do.”

Gerrard will take up the reins at Ibrox at the start of June after he has seen out his prior commitments, by which time he will know where the Gers have finished in their battle to sit second to Celtic in the Premiership table.

Durrant might be optimistic in his hopes of getting as many as 15 out of the door this summer but there is little doubt that the club currently have quantity over quality when it comes to their books. Ridding themselves of most of the deadwood will clear up exactly where needs strengthening this summer and with them gone, there will be more room on the wage bill to manoeuvre around the transfer window. Whether Gerrard’s impact at Ibrox will be as pronounced as Souness’ remains to be seen but if he can close the gap on Celtic in 12 months time then it will be considered a job well done for the Light Blues. The Gers will be hoping that Gerrard’s contacts, both at Liverpool and elsewhere, as well as his reputation, can bring in some top talents, and as Durrant says, that is what the current squad should be fearing right now.

In other Rangers news, Jimmy Nicholl is living in a dreamland after his comparison between the current squad and and Graeme Souness’ side. 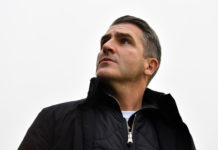