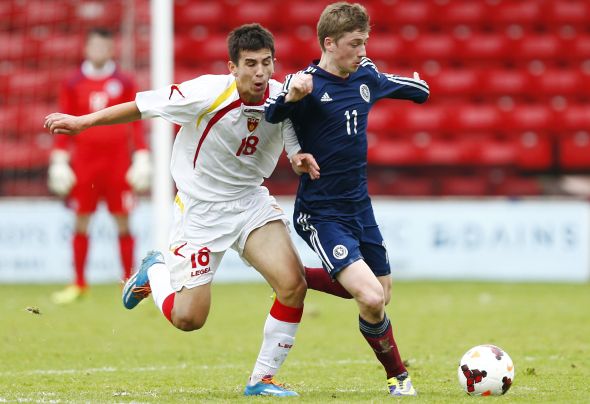 Rangers face a fight with Premier League giants Arsenal, Liverpool and Tottenham this summer to land Sporting Lisbon winger Ryan Gauld, according to a report.

The Scottish winger is one of a host of players that TeamTalk report are preparing to quit the Portuguese giants with the four British sides all interested in his services.

Gauld signed for Sporting in 2014 for £3million after making the breakthrough at Dundee United but has failed to break into the first-team in Portugal.

Gauld would be a great signing for the Light Blues although the prospect of going head-to-head with the Premier League giants makes it look incredibly unlikely that this would happen. Gauld has been playing regularly in Portugal – albeit not for Sporting – and the chance to return to Britain and establish himself as a first-team player will be one the player would look forward to. Spending four years in Portugal should really have helped Gauld’s progression as a player and he would definitely be the sort of player who would get fans up off their seats. If Rangers do get the chance to sign Gauld they should jump at it – and the prospect of first-team football over having to start from zero at Spurs or Liverpool could tip the balance in favour of the Light Blues. At only 22, it’s easy to forget how young Gauld as after bursting onto the scene as a 16-year-old at Dundee United.