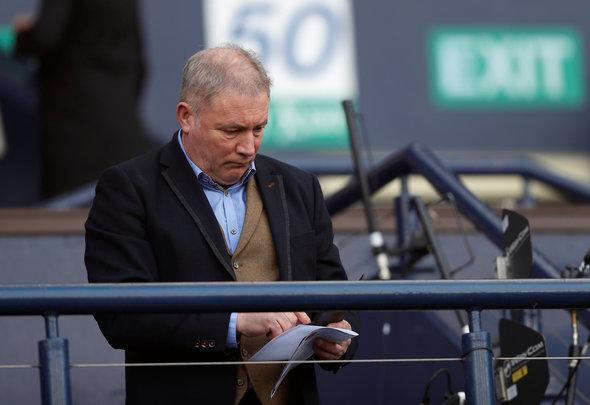 Rangers legend Ally McCoist has claimed it would be “great” if the Gers lifted the Scottish Cup this season – but thinks fans will be happy if they see “continued improvement” even if they fail to lift the cup.

The Ibrox giants face Old Firm rivals Celtic next month at Hampden in the semi-final for the chance to play Aberdeen or Motherwell in the showpiece final on May 19th.

The Light Blues haven’t won a major trophy since 2011 – and haven’t lifted the Scottish Cup since 2009 – and fans are desperate to see their side end the season with some silverware.

McCoist thinks that “most fans” will be happy if they can see progress on the pitch regardless of whether they lift a trophy this season or not.

“The first trophy since the club has been in the troubles is always going to be very important. I don’t think it is the be all and end all that it happens this year,” McCoist said, as quoted by Sky Sports.

“It would be great for the supporters if it happened this year.

“But looking at the bigger picture, as long as there is continued improvement and a better level of quality of player that comes in, I think most of the fans will be reasonably satisfied with that.”

The Light Blues are ten points behind their bitter rivals in the Scottish Premiership after playing one game more and still have to head across Glasgow and face them once more in the league as well as the Hampden clash next month.

Graeme Murty’s side only win over the Hoops since they were kicked out of the Scottish Premiership in 2012 came when they won in the 2016 Scottish Cup semi-final on penalties.

McCoist is right that most fans will be happy to see progress on the pitch although, with Scottish Cup success within touching distance, the Gers support would love to see their club end a seven-year wait for a major trophy. Lifting the Scottish Cup would also mean getting one over on Celtic and stopping their chances of a historic back-to-back domestic treble. There’s also a worry that the longer the Gers’ major trophy drought goes on the harder the Light Blues will finally find it to take that final step and win.