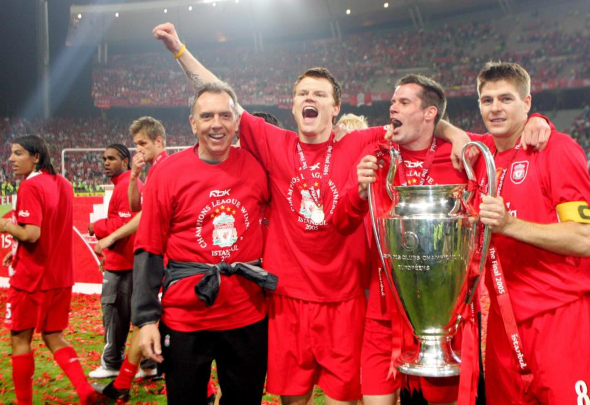 Rangers legend Alex Miller was a surprise visitor at the Gers’ training camp on the Costa del Sol as Steven Gerrard puts his side through their paces ahead on the new campaign.

Miller was photographed at the Gers training base by the Scottish Sun after popping in to catch up with Steven Gerrard and Gary McAllister – who he was close with during his time at Liverpool as a scout and coach.

The former Hibernian and Aberdeen boss lives nearby and caught up with Gerrard and McAllister as well as having a chat with Gers director of football Mark Allen.

Miller’s visit was nothing more than someone who lives nearby catching up with some old friends although his links to Gerrard could see the Gers boss pick his brains at some point. Miller has seen it all in his career and is well-placed to give Gerrard some advice and it wouldn’t be a surprise if he was to do the odd scouting job for the Gers in the future. Rangers have had some distance between them and certain former players in recent years when they should be looking to tap into their knowledge of the game. After being associated with the Gers for so long as a player, it’s also nice just to see Miller back in and around the club. For Gerrard, having such an experienced head at the end of a phone will hekp him in the future and give him someone that he knows and trusts with first-hand knowledge of the Light Blues to turn to.