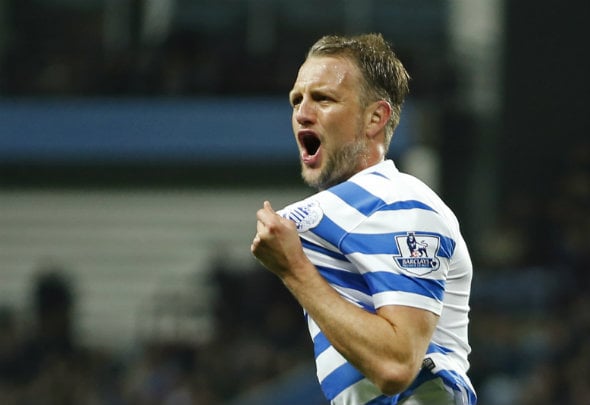 Ranger’s Clint Hill believes his time at QPR will stand him in good stead to deal with the pressure of clashing with Celtic.

The Rangers defender joined the Gers this summer after leaving QPR as a free agent and suggested the Wembley play-off final in 2014 against Derby gives him an insight into the cauldron.

Hill captained a QPR side under immense pressure to gain promotion into the Premier League with the club drowning in debt and the centre-back thinks that experience will make the introduction to Scottish rivalry easier.

“It’s one of the biggest games in world football given the amount of money at stake,” said Hill speaking to the Daily Record.

“It was probably the most high pressure match I have ever been involved in, especially given where the club was at that time – haemorrhaging money.

“We knew we simply needed to go up to survive and somehow we managed to get a 1-0 win with our only shot on target. The pressure was unreal.

“People keep telling me about the intensity of the Old Firm fixture too. The club has been without the game for a while and now we could have four in a season.

“To play in those games would be one of the top achievements of my career.”

Rangers gained promotion into the Scottish Premiership last season four years after the club was put into administration and liquidated.

Mark Warburton wants his side to challenge for the league title immediately this season and has added eight players to his ranks in an attempt to do that.

Hill is by far the most experienced of the lot at 37, but he joins fellow old head and former teammate Joey Barton at Rangers, who turns 34 in September.

In other Rangers news, Warburton has given an update on the Gers’ pursuit of loan deals this summer.