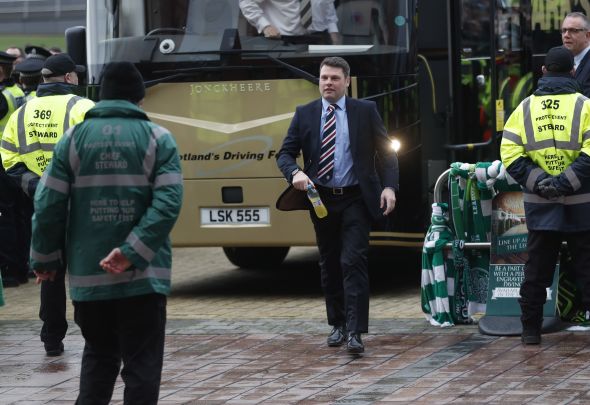 Rangers’ young players were raving about veteran midfielder Niko Kranjcar after he played in an Under-20 game – according to manager Graeme Murty.

Kranjcar and Danny Wilson played for Murty’s Under-20’s against Dundee United on Friday afternoon as they step up their comeback’s from injury.

The Croatian midfielder got his name on the scoresheet in a 3-1 win over the Arabs as Rangers faced their first Scottish opposition in their “Academy Games” programme.

Serge Atakayi and Matty Shiels also scored for Murty’s side in the win over Dave Bowman’s Dundee United.

“The midfield players were raving about Niko’s perception of the game, how quickly he sees things, the angles he takes up and some of the things he can attempt because he is in the right place and he has seen two or three passes ahead,” Murty said, as quoted by Rangers’ official website.

“For them to see that up close is really good.”

Kranjcar has had an injury-hit spell with the Gers – missing most of last season with a cruciate ligament tear – and has yet to have a prolonged run in the team under Pedro Caixinha.

The 33-year-old could come into contention for the Scottish League Cup semi-final against Motherwell on Sunday.

The midfielder was last involved for the Light Blues’ first-team on September 9th – playing 54 minutes of the win over Dundee – but has missed the Gers’ last five games.

Kranjcar’s Ibrox deal is up at the end of the season and it’s unlikely the former Tottenham, Portsmouth and New York Cosmos midfielder will get renewed terms.