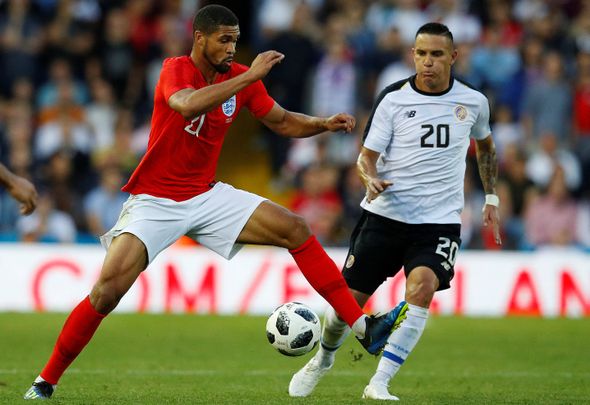 Chelsea midfielder Ruben Loftus-Cheek has admitted that he wants to play regular first-team football next season after making his World Cup bow – and Rangers manager Steven Gerrard should launch a jaw-dropping swoop to bring him to Ibrox this summer.

Loftus-Cheek admits that he playing regularly this season is key for him, according to the Telegraph, and while he doesn’t look like he’ll break into the Chelsea side in the short-term, he’s still part of the Blues plans for the future.

A move to bring him to Ibrox on loan would give the 22-year-old a fantastic chance to play regularly and play in Europe before heading back to Stamford Bridge to fight for a first-team place.

Loftus-Cheek spent last season on loan at Crystal Palace and the Gers would face some serious competition for his signature should they try to bring him north.

With three years left on his Chelsea contract, Loftus-Cheek is unlikely to leave Chelsea permanently – and if he did he would be beyond the Gers’ reach – but a temporary switch could definitely appeal to all sides.

Antonio Conte’s side obviously have confidence that playing in Scotland can help improve their young players after Falkirk announced the signing of Chelsea’s Under-23s captain Ruben Sammut on a season-long loan on on Wednesday.

Competing for trophies and playing in front of 50,000 expectant fans at Ibrox every other week makes it a different proposition to many other loans that would likely be on offer.

The lure of working with Steven Gerrard would also potentially be a factor in convincing the England international to move to Scotland if the Gers were to make a bid.

Signing the Chelsea ace would also be a real statement of intent from the Gers going into Gerrard’s first season in charge and would surely help them take a step closer to lifting their first major trophy since 2011.