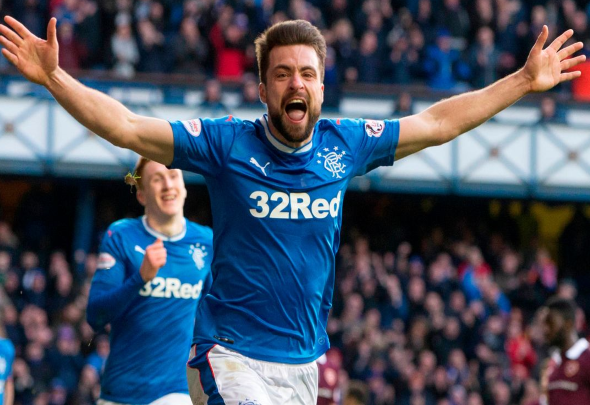 Rangers director of football Mark Allen has claimed that the Gers has have not yet made a decision on the future of loan signing Russell Martin.

Allen has said that Martin is just one of a number of players that the Gers have not yet made a ‘final decision’ on, as quoted by the Daily Record.

But the loan signing has been a huge disappointment since joining the Gers in January from Norwich, and the Gers should not sign the player on a permanent deal.

For being such an experienced player Martin has been guilty of making some very silly mistakes, and gave away a few penalties with lapses in judgement.

The 32-year-old wasn’t the solid old head that the Gers needed at the back, and he also looked very poor when he came up against Celtic.

Finding two centre-backs has to be a huge priority for incoming Gers boss Steven Gerrard, as doubts remain about the futures of many players at Ibrox Park.

David Bates has left to join Hamburg, Ross McCrorie looks far more comfortable in midfield and no one is sure if Bruno Alves will return to Ibrox next season.

The sooner Russell and Norwich are informed that the player won’t be returning to Ibrox the better, and Allen and Gerrard can then get on with bringing in new centre-backs.

In other Rangers news, Gary McAllister has admitted that he and Steven Gerrard will face a tough job at Ibrox