Rangers could be set to lose Josh Windass to Cardiff City, according to a club insider, and if the figures reported are correct then the 24-year-old should be on the first plane to the Welsh capital.

The Four Lads Had a Dream blog, which regularly breaks Rangers news before the mainstream press, reported that the Premier League-bound side and Burnley are interested in the 17-goal ace on its Twitter site on Thursday night.

Burnley said to also be in the hunt for the player

Windass massively splits opinion amongst Gers fans but £3million is as good as anyone is likely to ever offer for the former Accrington Stanley ace – who has been largely anonymous for weeks before picking up a couple of injuries recently.

Rangers paid around £60k in development fees when he signed from Stanley, so moving him on two seasons later for £3million would be decent business by the Gers and give Steven Gerrard extra funds for the likely overhaul of the squad when the Liverpool icon take the reins next month.

After hitting a really strong bit of form earlier in the season, selling Windass and using the money to bring in a better quality replacement should be a no-brainer as the Light Blues try to finally end Celtic’s recent dominance of Scottish football and stop them picking up an eighth successive Scottish title. 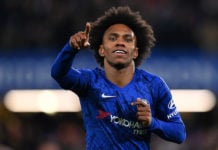