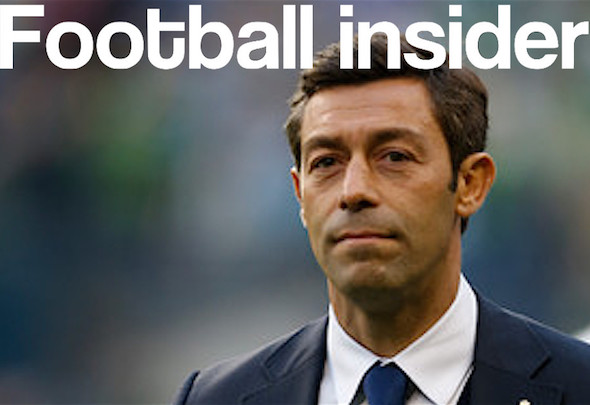 Daniel Candeias has claimed Rangers’ Europa League elimination was the beginning of the end for Pedro Caixinha’s seven-month reign as Ibrox manager.

The Gers were knocked out of the Europe’s second competition by Luxembourg’s Progres Niederkorn in one of the club’s most embarrassing results in their history in the summer.

The Gers also failed to win league games at home against Hearts, Hibs and Celtic as they stumbled to fourth in the Scottish Premiership.

Caixinha limped on for another four months after the European shambles before the axe finally fell but Candeias thinks that was the low point for the 46-year-old manager.

“The club wanted to play in Europe and it wasn’t possible.

“But the manager always gave everything for the club and protected the group.”

“It’s already known that in football, a whole squad is never dismissed and the coach is the one who ends up paying.”

Candeias has been one of the better signings out of the 11 made by Caixinha over the summer.

The winger has posed a regular threat down the right and has formed a potent partnership with James Tavernier.

The 29-year-old has scored four times and created a further five goals in his 17 appearances for the Ibrox giants after his move from Benfica.

Graeme Murty has taken interim charge of the Gers in the wake of Caixinha’s sacking and has led the Light Blues to two wins from his two games in charge.

Aberdeen manager Derek McInnes is the bookies’ favourite to take the reins at Ibrox after leading the Dons to three consecutive second-place finishes in the Scottish Premiership and lifting the Scottish League Cup in 2015.