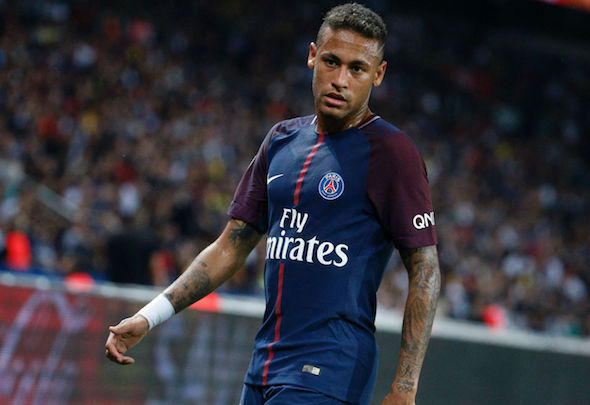 Rangers winger Josh Windass has criticised Brazil and Paris Saint-Germain superstar Neymar for not tracking back during his side’s 7-1 win over Celtic in the Champions League.

The most expensive player in the world scored twice as PSG racked up a remarkable scoreline against Brendan Rodgers’ side in the Parc des Princes – but it wasn’t enough for Rangers winger Windass.

Despite his phenomenal form since his record-breaking move from Barcelona to the free-spending French giants, Windass clearly believes the star can do more to help his side defensively.

“When Neymar gives it away he jus(t) trots back not a care in the world,” Windass wrote on his personal Twitter account.

Neymar has scored 11 times in 13 games for the Parisiens since they splashed out over €200million for the Brazil striker in their quest to win the Champions League.

Windass has been struggling for form as the Gers languish in fourth in the Scottish Premiership after sacking manager Pedro Caixinha last month.

The former Accrington star has been a disappointment for fans since his move north in 2016 after failing to live up to the hype that followed the 23-year-old.

Windass will likely be involved on Friday night when Rangers take on Dundee in the Scottish Premiership at Dens Park.

Neymar should perhaps tune in and take notes on how it’s done from the Rangers winger.

In other Rangers news, the Gers and bitter rivals Celtic are joint second favourites to snap up this Premier League forward in January.