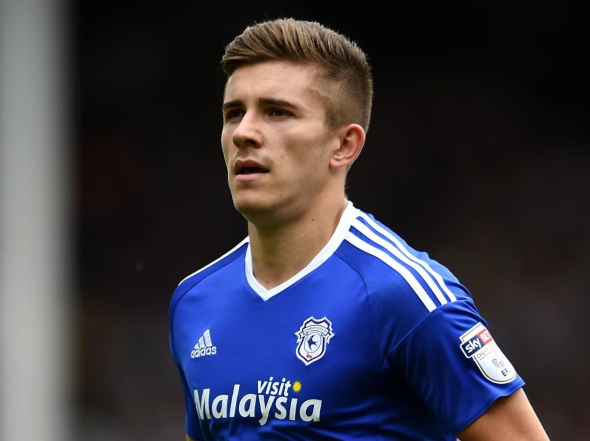 Rangers defender Declan John has rubbished claims of a split in the Ibrox dressing room – insisting that the squad are “all together.”

Widespread reports last week claimed that following a de-brief in the wake of the 2-0 Old Firm defeat to Celtic, Pedro Caixinha singled out some of the homegrown players for some harsh criticism leading to Kenny Miller being banished to the Under-20 squad.

Despite the suggestions of a split in the camp, Caixinha’s side put in a professional performance against Hamilton on Friday night – coming back from conceding a first-minute goal to comfortably win 4-1.

The Welshman scored his first goals for the Gers since his season-long loan from Cardiff to put the Light Blues in the lead before Daniel Candeias’ strike and a Graham Dorrans penalty sealed a convincing win.

After Candeias scored, the Portuguese winger sprinted half the length of the pitch to celebrate with Caixinha and his coaching staff before being quickly joined by his team-mates and John believes it was a sign of the togetherness within the squad.

“We definitely owed the manager a performance and that’s what we did,” John said after Friday’s match with Hamilton, as quoted by the Evening Times website.

“Yeah, of course the celebration was telling.

“We don’t go into any game looking for anything else other than a win.

“Obviously the boys played well, I managed to get two goals, we got another two after that and it was a really good win.

“The celebration after Daniel’s goal wasn’t planned, it was something that just happened.

“After training, we might all go for a coffee together or stuff like that. All of the boys are together.”

John has quickly won over the Rangers support with his performances after replacing injured club captain Lee Wallace and the left-back will be hopeful of keeping his place in the side once Wallace overcomes the groin injury which is currently keeping him out of action.

The Gers now face two weeks without any action as the World Cup qualifiers near a conclusion.

In other Rangers news, Charlie Nicholas believes that Caixinha will be axed by the Gers.