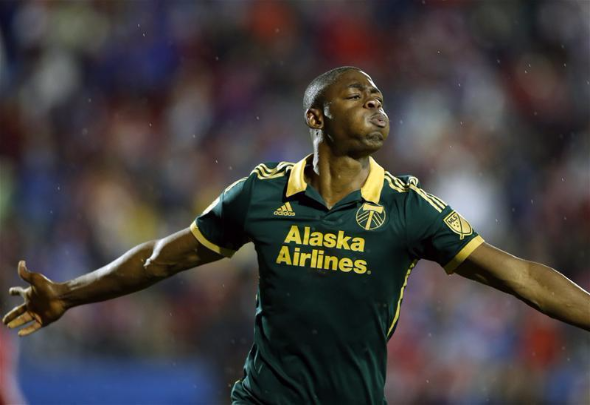 Portland Timbers will not be entertaining any offers for Rangers target Fanendo Adi, according to general manager Gavin Wilkinson.

However, football website Goal claims the striker wants to leave MLS and will hold showdown talks with the US club about his wish to be granted a transfer.

Striker Adi has been linked with Rangers and their Scotland rivals Celtic on the back of some impressive displays for the Portland franchise.

The 25-year-old joined the American side from Danish club FC Copenhagen in 2014 on an initial loan deal which later became permanent and has since established himself as one of the top forwards in MLS.

Wilkinson remains adamant that the reigning MLS Cup champions will not be selling their star striker and told the official league website MLSoccer.com: “Adi signed a three-year extension in March and we expect him to honour his commitment to our club.

“Adi is an important player for the Timbers and we are not entertaining any move for him this summer.”

However, at the same time Adi’s representatives have reportedly said that their client is desperate to secure a move to a more competitive league.

The Nigerian striker is also keen to clinch a regular place in his national side and he believes that staying with the American club will will not help him to achieve this.

However, the fact he is yet to earn any senior international caps means that a move to Rangers or Celtic could be complicated by work permit problems.

Adi has scored an impressive 9 goals in 15 appearances in the ongoing MLS season.

In other Rangers news, Blackburn have beaten Celtic and Rangers to the signing of Danny Graham.