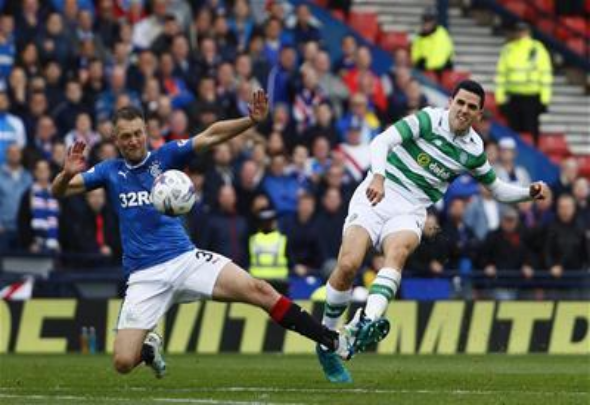 Rangers veteran Clint Hill has said that he wants to carry on playing next season, but that he does not know where yet.

The 38-year-old is out of contract at Ibrox in the summer, and talks are yet to begin with the Scottish giants over a new deal.

He has been a key player under Mark Warburton this season, making 18 appearances in all competitions, but his role in the side may not extend beyond the current campaign.

Warburton has previously expressed his desire to keep the former Queens Park Rangers defender at the club.

As he waits in anticipation for contract negotiations to begin, an eager Hill admitted that he would love to remain at Ibrox.

“I have heard nothing about a new contract but that is up to Rangers and the powers that be.

“I love it here. At my age, 38, to be playing in front of 50-odd thousand every other week is something that dreams are made of.”

Fellow Rangers team-mate Kenny Miller is also out of contract in the summer, and the 37-year-old striker finds himself in a similar predicament to Hill.

With a squad full of fresh young talent at Ibrox, the presence of veteran figures like Hill and Miller will be essential to their development.

Hill, for example, has played for seven different clubs during his 20-year senior career, and that experience can lend very well to the club’s ambitions, even if he does not play regular football.

In other Rangers transfer news, the club have issued an emphatic response to this Premier League side following their reported interest in one of their midfield players.