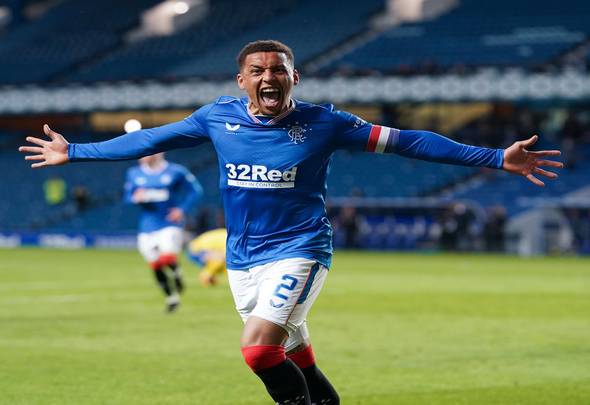 James Tavernier is suited to playing a more advanced role for Rangers – it would help Nathan Patterson flourish at right-back.

That is according to ex-Scottish Premiership forward Noel Whelan, speaking exclusively to Football Insider after Tavernier revealed he would be open to a new role.

He told BT Sport: “It’s obviously the gaffer’s decision if he wants to include us both – but I’ll definitely be available to play up front.”

The 29-year-old made the comments in jest but the prospect of him playing further up the field has been mooted by fans and pundits alike.

It would allow 19-year-old Patterson, who shone at right-back during Tavernier’s recent spell on the sidelines, to play in his natural position.

Whelan claims that Tavernier could play as a winger while Patterson marshalls the right side of the defence.

He told Football Insider correspondent Dylan Childs: “There’s always that opportunity. A wing-back these days is a winger and a defender.

“So depending on what formation they’re going to play, he’s definitely got the ability to move further up the field.

“We’ve seen how effective he is in that final third with the goals and assists that he’s got this season.

“So there’s absolutely no worries about him playing further up the field. That would then free up the young boy to come in at the right-back position.

“That would probably benefit him because the two of them can interchange throughout the game as well. You get that balance throughout a game.

“If Tavernier ends up at right-back because Patterson has gone up, are you going to be worried? Of course you’re not.”

Rangers face Celtic on Sunday in the final Glasgow derby of the season.

Steven Gerrard’s side will take a huge step towards an unbeaten season with a result against their rivals.

In other news, in-demand striker would “100 per cent snub” Premier League club for Rangers.