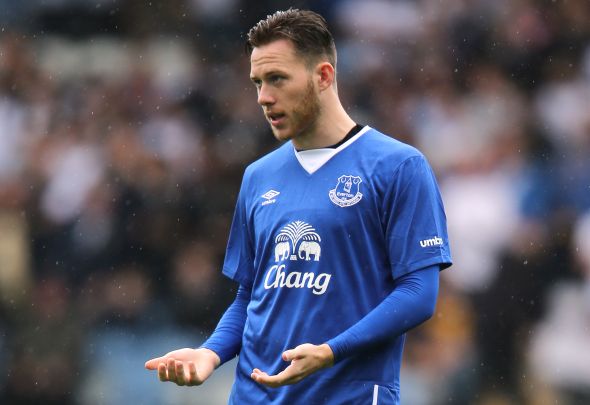 Barnsley are looking to take Everton right-back Gethin Jones on loan with a view to a permanent deal, according to a reliable journalist.

The Sun correspondent Alan Nixon claimed on his personal Twitter account that the 21-year-old has been identified by the Tykes as a potential January recruit to bolster their play-off hopes. Jones is currently way down the pecking order at Goodison Park behind the likes of Seamus Coleman and Mason Holgate, and could look to jump ship to gain regular first-team football.

With just six months remaining on his current Toffees deal, a loan to Barnsley would give him a chance to showcase his potential to manager Ronald Koeman and any other interested parties.

A regular member of David Unsworth’s development side, the Toffees’ number 50 has played just one minute of first-team football against Russian side Krasnodar in the Europa League.

Known for his versatility which allows him to play on either side of midfield as well as right-back, Jones has played 65 times for the Blues’ reserve team in which he has provided 11 assists.

A move for Jones would benefit both sides. The youngster is in desperate need of game time to progress to the next stage of his career after a short spell in League Two with Plymouth Argyle. Allowing Jones to leave will give Koeman all the information he needs to make a decision on the future of Jones as the end of his contract draws near. If the Toffees think he can provide something to the team then they will be bringing in a player that aids the homegrown requirements as well as cover for Coleman. Championship football would be a step up for Jones, but he is more than capable of providing quality at that level.

In other Everton transfer news, this midfielder has agreed terms with the Toffees.