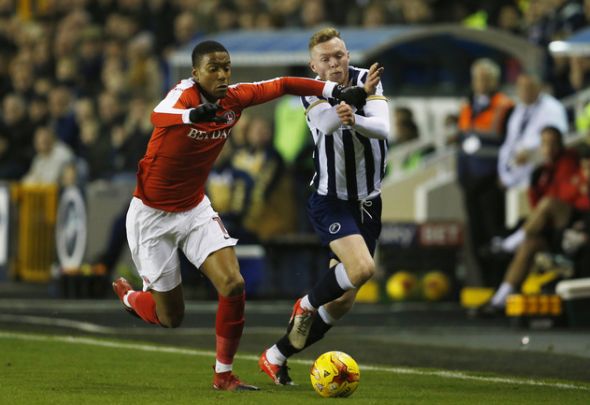 Everton are expected to complete a deal for Charlton Athletic’s centre-back Ezri Konsa, according to a reliable journalist.
Paul Brown, a journalist with the Sunday Express, claimed that the players is keen to hook up with Sam Allardyce and his Under-20s World Cup-winning teammates at Goodison.
Brown claimed that deal was expected to be completed in January.
He announced the news on his personal Twitter page on Wednesday afternoon.

#cafc's Ezri Konsa now expected to complete #efc transfer this month. Player keen to join up with his U20WC-winning team-mates at Goodison

Konsa made a brief cameo appearance in the semi-final of the Under-20s World Cup where Everton players Jonjoe Kenny, Ademola Lookman and Dominic Calvert-Lewin also played.
This news comes after a report from the Mirror in June, that both Tottenham and Arsenal were locked in a race to sign the highly-rated centre-back.
Football Insider verdict:
Sam Allardyce seems to be on the verge of exciting things at Everton. He’s made some brilliant signings this week, with Theo Walcott chief among them. But he’s also on the lookout for the talent of tomorrow and Konsa could be just that. Arsenal and Tottenham scouted the player over the summer and now it seems like he’s about to complete a move to Everton, where he’ll hook up with three teammates who all played in the semi-final of the Under-20s World Cup. After the terrible start to the season, there’s a light burning bright at the end of the Everton tunnel.